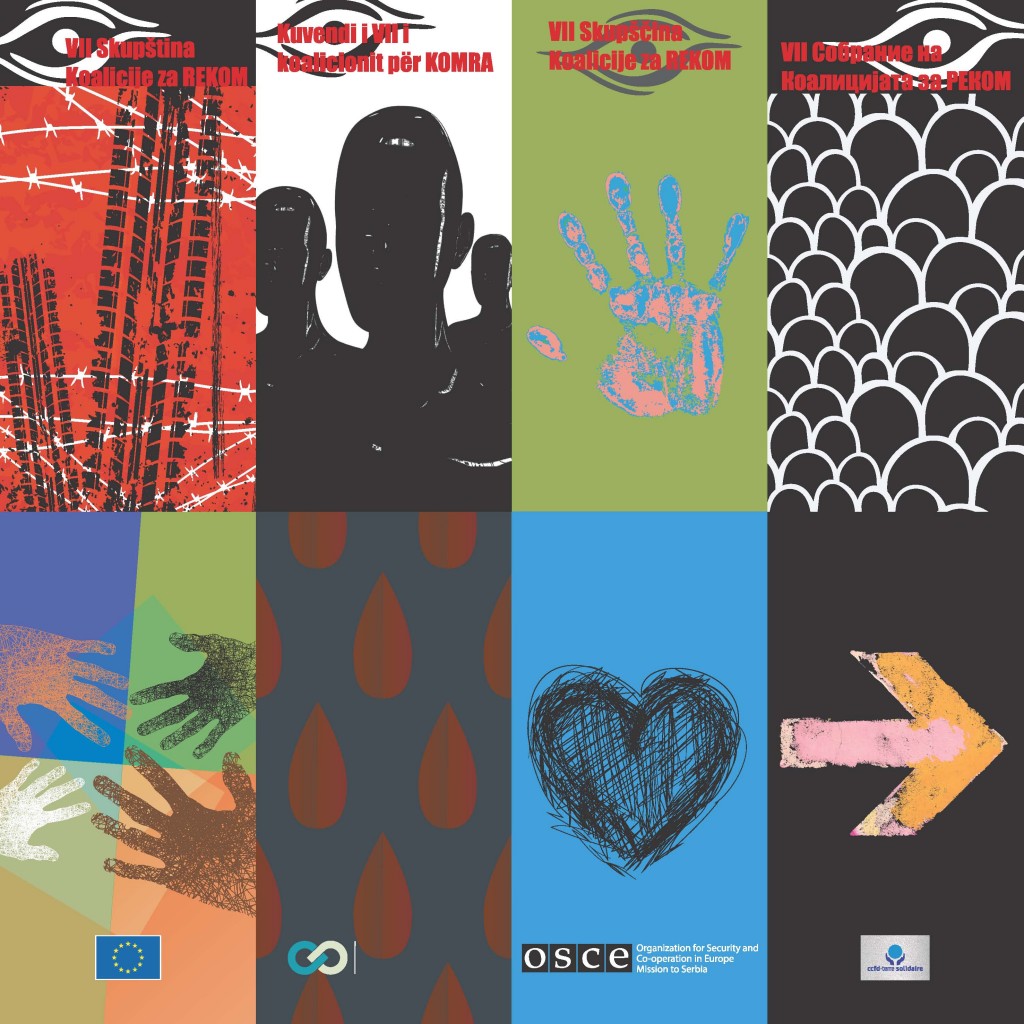 The Presidential Envoys for RECOM ended their mandate on October 29, 2014. In one year – and in consultation with the presidents, including those members of the Presidency of Bosnia and Herzegovina (B&H) who had delegated envoys – they had jointly compiled the Changes to the RECOM Statute which, in their opinion, represent the legal and constitutional options for the establishment of RECOM.

In accordance with the rules of the Coalition for RECOM, the Coalition Assembly resolved to support the Changes to the RECOM Statute, which it had originally adopted on March 26, 2011.

On November 14, 2014, the Coalition held its Seventh Assembly, this time in Belgrade (Serbia), with 104 delegates, representing 1950 members, taking part in it. With one vote against and two abstentions, the delegates supported the Changes to the RECOM Statute, compiled by the envoys of the Presidents of Montenegro, Serbia, Croatia and Kosovo, and the Bosniak and Croatian members of the Presidency of B&H, in conjunction with the task of examining the constitutional and legal options for the establishment of RECOM in each country.

In an extensive debate, the delegates stated that the Changes “preserve the very essence of the Draft Statute, that the removal of RECOM’s punitive powers removes any suggestion that RECOM assumes a judicial authority, and that the procedure for the nomination and election of members of selection committees and members of the Commission has been considerably simplified.” On behalf of the Coalition for RECOM, the delegates strongly welcomed the changes in the funding of the Commission, which envisage that RECOM be funded by domestic and foreign donations, as well as by international organizations, rather than through contributions from states, as the Coalition initially proposed.

Delegates especially welcomed the Envoys’ position that the objectives of the Commission should include “the promotion of educational programmes in accordance with the facts established by the Commission.”

When informing the public on its support for the Changes to the Statute, the Coalition noted that the Envoys and Presidents and Members of the B&H Presidency reached complete agreement on the Commission’s task of establishing the facts about war crimes and other human rights violations committed during the period from January 1,1991 through the end of December 2001.The Coalition indicated that two opinions were expressed with regard to RECOM’s task of “exploring the political and social circumstances that decisively contributed to the outbreak of the wars,and to the commission of war crimes and other violations of human rights”: “it is crucial that RECOM investigate the causes of the war”and “investigating the causes of the war is possible only after the facts about war crimes have been established.” Both opinions are in full accordance with the Coalition’s Proposal of the Statute of RECOM.