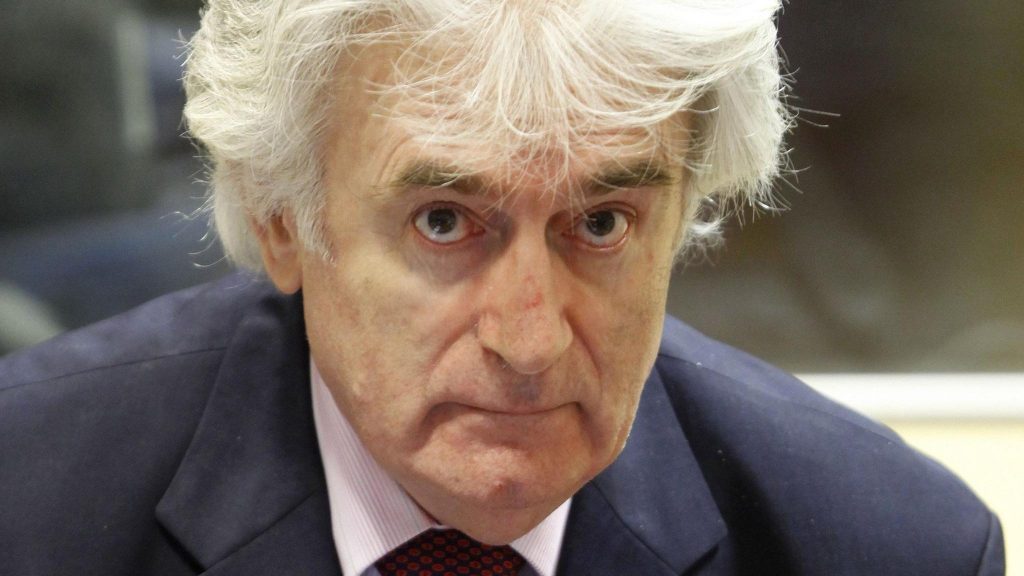 Within twenty years of the end of the second world war, the same European countries that had been sworn enemies during six years of bloody conflict committed themselves to a future of peace, prosperity and political and economic integration.

Some war crimes suspects slipped the net and avoided the Nuremberg trials, but their elusiveness did not interrupt or discredit the reconciliation process led by West Germany and France.

But two decades on from the wars that ripped apart the former Yugoslavia, it is impossible to make the case that reconciliation and integration are as advanced there as they were in western Europe by the mid-1960s.

The region’s societies, ethnicities and political leaderships remain bitterly at odds over how to assess the war crimes committed in Croatia and Bosnia-Herzegovina between 1991 and 1995.

Two examples will suffice. Vojislav Seselj, a Serbian ultra-nationalist, was provisionally released in November on health grounds by the UN war crimes tribunal for the former Yugoslavia after almost 12 years in detention. Now back in Serbia, he has scoffed at the tribunal and spouted the same hate-filled anti-Croat diatribes that formed part of his armoury during the 1990s. Croats are understandably furious: Zoran Milanovic, prime minister, scrapped a visit to Belgrade late last year.

In 2012, the UN tribunal overturned on appeal the convictions of Ante Gotovina and Mladen Markac, two Croat generals charged with plotting the forcible removal of ethnic Serbs from the Krajina region of Croatia. Croats celebrated, but for Serbs the revised verdict demonstrated that the UN tribunal had an inbuilt anti-Serb bias.

Reversals of judgments in appeals courts occur in any fair judicial system. But the UN tribunal took a risk in releasing Seselj. The fear seemed to be that, like Slobodan Milosevic, the late Serbian strongman, Seselj would die in custody – which would have represented another high-profile case without resolution despite the accused’s many years of detention and trial sessions. . But his antics since his release have been as unhelpful for Serbia’s EU membership ambitions as they have for regional reconciliation.

Even so, the UN tribunal’s overall record deserves praise. Set up in 1993, the tribunal seeks to establish “an indisputable historical record, combating denial and helping communities come to terms with their recent history”.

Anyone who has sifted through the official documents, eyewitness accounts and expert testimony amassed by the tribunal knows it has done a magnificent job. The tribunal holds a mass of invaluable material – some of which appears in a new biography of Radovan Karadzic (above), the former Bosnian Serb leader awaiting his trial verdict, written by Robert Donia, a US historian and Balkans specialist.

The title of Donia’s book, “Radovan Karadzic: Architect of the Bosnian Genocide”, may seem to prejudge the verdict, which is due later this year. Some Serbs will draw conclusions from the fact that prosecutors at Karadzic’s trial called Donia as an expert witness. But Donia emphasises in his book that he is making a historical assessment, not passing a legal judgement.

In any event, Donia draws to great effect on wartime discussions held in the legislature of the breakaway Bosnian Serb state, known as Republika Srpska. The transcripts show that politicians in this democratically elected assembly were just as obsessed as Karadzic with the vision of creating a Bosnian Serb state, carved out of Bosnia-Herzegovina and purged of other nationalities by any means necessary, including extreme violence.

The UN tribunal has indicted 161 individuals, of whom 74 have been sentenced, on charges ranging from genocide and crimes against humanity to breaches of the Geneva Conventions and violations of the laws or customs of war. But what Donia’s book shows is that in the early 1990s an extreme nationalist fever seized Bosnian Serb society in general, not just a handful of political and military leaders.

Passions are calmer 20 years on. Even today, though, most Bosnian Serbs do not really want Bosnia-Herzegovina to succeed as a state. Like others in the region, a bigger, more inclusive European vision of their future must be offered if they are to get to the point reached in western Europe by 1965.