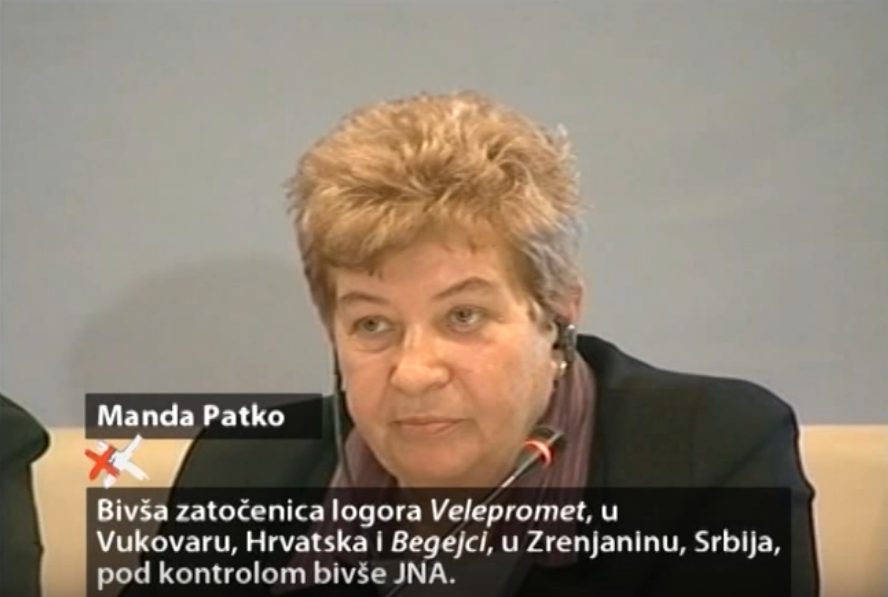 She spent the war in Vukovar, where he was born. On November 8, 1991, she was captured and taken to a temporary camp set up in the hangars of the Velepromet company. Two days later, she was sent to a camp in Begejci, in Serbia. She spoke about her suffering at the Fourth Forum for Transitional Justice, held in Pristina on October 28-29, 2008.