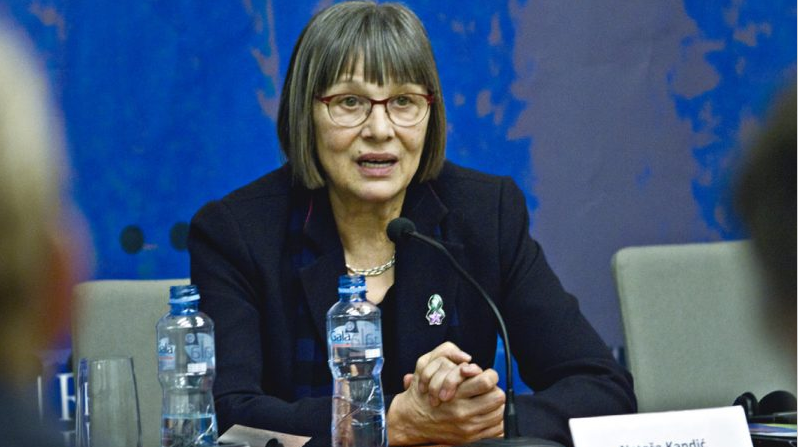 Nataša Kandić, ahead of the XIII Forum for Transitional Justice in post-Yugoslav Countries

This year’s forum does not offer the allure of travelling to different parts of the former Yugoslavia, of greetings with the question “Have you found him?”, and Čeda Marić replying with a radiant smile, “I’ve been very fortunate – we’ve found him!”, the vivid memory of how in 2006 the victims’ families of the victims sat in “ethnic groups”, and of the changes expressed by Gordana Đikić in 2011, with the words, “Thank you all. I’ve learned how to listen, to understand other people’s pain.”

In a situation when we cannot organize live debates, on account of the pandemic, we still cannot accept the new practice that politics, regional cooperation, the media, and the public have no space for the issue of the heavy burden of the heritage of our recent past. It is devastating that all the post-Yugoslav countries, with the exception of Montenegro, have given up on the Regional List of the victims of the 1990s wars – some because of new priorities, some because they recognise only national verification of victims, some out of fear that such a list would affect the existing ‘national truth about the past’, and some because they don’t accept that “the rulings in The Hague determine the status of the victims and be the source of reconciliation.” However, the civil society organisations gathered around the RECOM Reconciliation Network are not giving up. They continue to oversee the process of transitional justice, and to contribute directly to reconciliation and the development of a remembrance culture, by documenting the individual victims, and comparing facts about human losses, the imprisonment of civilians, the torture of prisoners of war and civilian detainees, and the circumstances of abductions, illegal detentions, disappearances and concealment of mortal remains, based on the facts, personal experiences and plurality opinions.

The first panel, on Monday, December 21st 2020, addresses the issues of where we are with respect to transitional justice and confrontation of the past, and whether the crisis that has emerged can be stopped, or whether we should start everything anew. This will be discussed by Žarko Puhovski, a longstanding advocate of the establishment of RECOM, Slađana Lazić, who deals with crises in the transition process, Thomas Unger, an expert on the political situation in the region, and Sabina Čehajić, who will present the public apologies offered by Willy Brandt, Nelson Mandela, Boris Yeltsin, Junichiro Koizumi, and Barack Obama, and invite us to consider why public apologies by politicians in the Balkans do not have the power to change our attitude towards the past. Within this panel, Professor Vojllca Krasniqi will present her view of the process of transitional justice in Kosovo. The debate will be moderated by Tea Gorjanc Prelević, longstanding activist of the RECOM regional network.

The second panel, on December 21st , will offer a critical analysis of the official remembrance policies in the post-Yugoslav countries, and explore the practices of victims commemorations. This topic will be discussed by Jelena Đureinović, Lea David, Sven Milekić and British anthropologist Stephanie Schwandner-Sievers.

The third panel, on December 22nd, will include Manfred Nowak and Thomas Osorio, who have since 1993 been involved, as UN experts, in establishing regional cooperation and international support in the search for mortal remains. Panelist Ivan Grujić headed the Republic of Croatia Commission on Missing Persons for 23 years, and he will use his experience and knowledge to remind us of the good that has been done in the past decades and what needs to be changed in the near future. Ivan Jovanović, leader of the UNDP project, will speak about the link between processing war crimes and the search for missing persons, as well as about the discovery of the Kiževak mass grave near Raška. On behalf of the RECOM Reconciliation Network, Nataša Kandić will present the results of the research into the circumstances of disappearances in Kosovo, in the context of their link with discovered mass graves, the political silence in connection with the group disappearances of civilians (about which the parties to the conflict have information), and the increasingly noticeable silence about destroyed mortal remains, which additionally threatens the development of a remembrance of those among the dead whose bodies are missing.