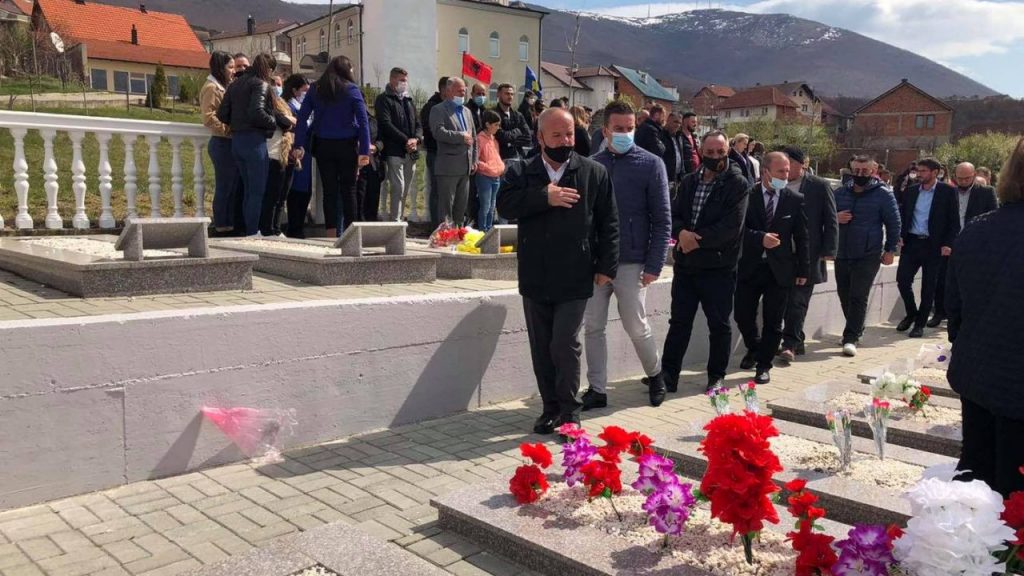 Acting President Glauk Konjufca described the killings of the Kosovo Albanian civilians in the village of Pastasel/Pusto Selo 22 years ago as a “monstrous” crime by Slobodan Milosevic’s forces.

Officials and local residents in Pastasel/Pusto Selo, a village in the Rahovec/Orahovac municipality, commemorated the 22nd anniversary on Wednesday of a massacre of 106 civilians during the Kosovo war in 1999.

“This massacre, and many others that we are commemorating these days all over Kosovo, reminds us of the price we paid for Kosovo’s freedom, but it makes us more determined to not make any compromise with freedom, independence and our state,” said Acting President Glauk Konjufca, who paid tribute at the village memorial.

“The Serbian state did not even spare children in this massacre. This shows how monstrous [Yugoslav President] Slobodan Milosevic was,” Konjufca added.

On the afternoon of March 31, 1999, Serbian military, paramilitary and police forces surrounded the village of around 100 homes, which in previous weeks had doubled its population as many people who had been displaced from other villages by the war had arrived to seek refuge.

Eyewitnesses say that after throwing grenades for an hour, the Serbian forces gathered the locals in a field, separated men from women and began shooting.

“They separated people in groups by 30, depending on their age. Nobody survived from the first group. There were four groups in total, I was in the third group,” 77-year-old survivor Tahir Krasniqi said on Wednesday.

The mayor of Rahovec/Orahovac, Smajl Latifi, also paid tribute to the victims.

“Those who were killed were first buried by local residents, but Serb forces exhumed them days afterwards and burned some of the corpses in an attempt to hide the crime,” Latifi said.

“Unfortunately, this crime still remains unpunished,” he added, calling on Kosovo’s judiciary to investigate the crimes.