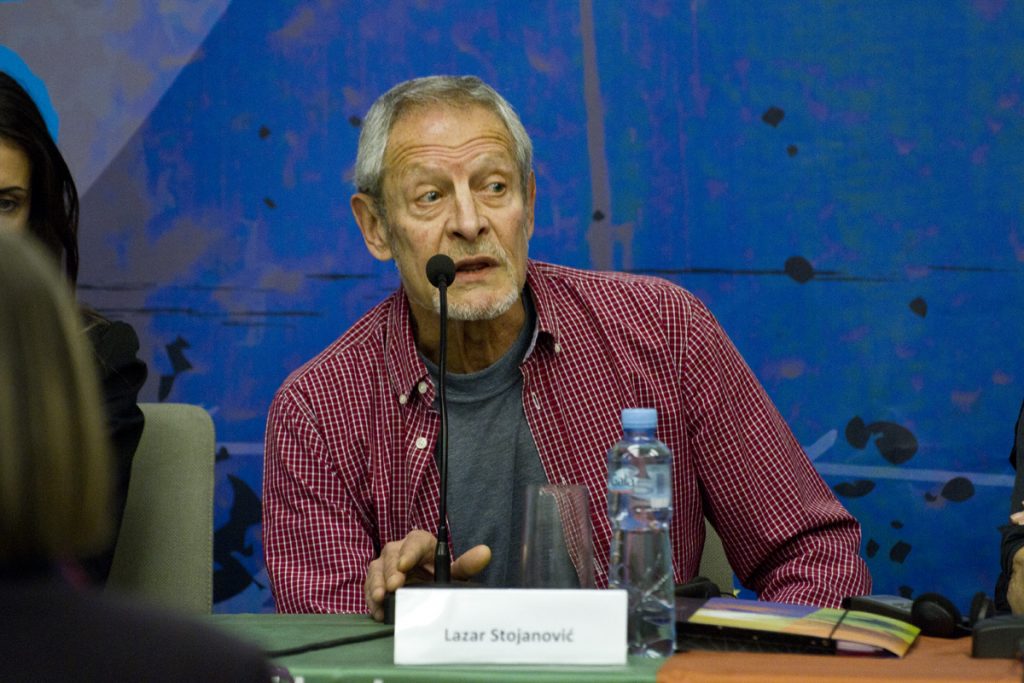 The session was moderated by Director Lazar Stojanovic

Three Windows and a Hanging, written by Isa Qosja, focuses on a raped Albanian woman – a victim who becomes a criminal after she reveals her story to the media. Director Janko Baljak spoke about the thorough research that went into his film Vukovar – Final Cut, and the unique experience of working on the first co-production between Croats and Serbs for this type of film. Ivana Lalić, author of Witnesses, showed footage of the statements of key witnesses in court trials and cases of violence against civilians in Kosovo. Serving as a protected witness drastically changes one’s future life in the community. It also changes the witness’s understanding of the events he or she testifies about, changing sometimes the rest of their lives and personalities, including their identities. Children Like All Others, a film by Pjer Žalica, looks at children who emerged from the war physically and mentally injured. Revealing their inner world, Žalica pointed out that in B&H there are no children undamaged by the war.