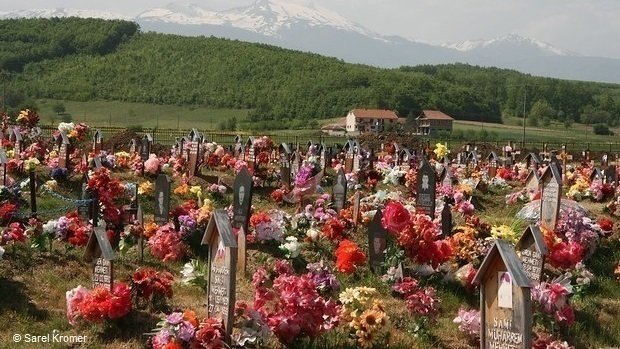 On 17 June 2019, Vlastimir Ðorðević, former Assistant Minister of the Serbian Ministry of Internal Affairs (MUP) and Chief of the Public Security Department (RJB) of the MUP, will be eligible for early release from his sentence for war crimes and crimes against humanity committed during the Kosovo war, imposed by the International Criminal Tribunal for the former Yugoslavia (ICTY).

There are still 1,654 missing persons from the war, of whom 1,092 are Albanians and 562 are Serbs and Roma. Common sense dictates that additional mass graves exist.

We are confident that Ðorðević knows where many of our loved ones are buried.

Until he discloses such evidence, he should not be granted an early release. “Demonstration of rehabilitation” and “substantial cooperation” with the Office of the Prosecutor are important considerations when making this determination under Rule 151 of the Rule of Procedure and Evidence of the Mechanism.

We have desperately searched for our fathers, mothers, brothers, sisters, sons, and daughters. Ðorðević also has primary responsibility in the Bytyqi Brothers case. Ðorðević is preventing us from finding peace. Prosecutor Brammertz and the Office of the Prosecutor have taken a number of steps to prioritize the search for missing persons and to hold those responsible for the cover-up operations accountable through national institutions. As a chief orchestrator of the cover-up operations, Ðorðević owes the Office of the Prosecutor full cooperation in these efforts. Additionally, he can only demonstrate true rehabilitation by helping locate other mass graves.

Until he cooperates in other cases and in the search for mass graves, Vlastimir Ðorðević should not be released.