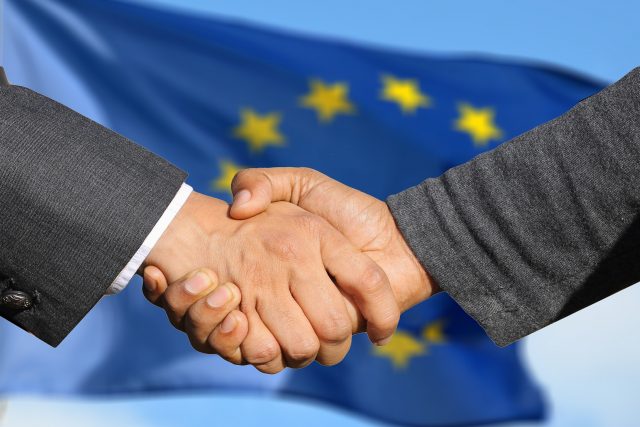 Coalition for RECOM has published a second public policy brief titled “How the European Union can contribute to the reconciliation of the post-Yugoslav countries” in March.

Coalition warns that the end of International Criminal Tribunal for the former Yugoslavia’s (ICTY) mandate in December 2017 has been “welcomed as the release from duties of war crimes prosecution”, especially in Serbia and Croatia. Data on war crime domestic trials confirms the findings of non-governmental organizations on the worrying state of criminal justice, states RECOM.

“During 2017, prosecution of war crimes has been additionally marginalized” through small numbers of the indictments, insufficiently developed in the context of facts established before the ICTY, small numbers of the accused, mostly direct perpetrators, with small numbers of the affected victims, followed by frequent withdrawal of direct testimonies (due to old age and poor health, but mostly due to mistrust in the court of the state they consider responsible for their suffering),” it is stated.

In the present situation, Coalition for RECOM emphasizes the strengthening of domestic prosecutors’ offices and their cooperation in the processing of war crimes as essential. The Mechanism for International Criminal Tribunals (MICT) should provide expert support in the investigations against middle and senior military and police officials responsible for the civilian casualties during military operations, who are now in positions that protect them from criminal liability.

On the other hand, the RECOM welcomes the political readiness of the Western Balkans’ leaders for establishing a regional commission aimed at determining the facts on war crimes, victims and the circumstances of their suffering during the 1990s, and estimates that this regional body with the power of facts, and thanks to its regional character, can narrow the space for “lies, denial or creation of nationalistic narratives about the war”, and can contribute to the public recognition of each of the 130.000 victims of the wars of the 1990s.

Coalition for RECOM recommends to Croatia and Serbia to sign a bilateral agreement on the prosecution of war crimes based on the defendants’ whereabouts, which would supercede current Serbian law on universal jurisdiction, as well as the Croatian law on the invalidity of legal acts of the Republic of Serbia. Coalition also appeals to the BiH Presidency to abandon the principle of territorial jurisdiction and to accept the standard through which each of the states should judge its own citizens.

The Coalition urges the leaders of all post-Yugoslav countries to sign a declaration on the establishment of RECOM at the Berlin Process summit in 2018, and thus give a political promise that the institutions of their countries will initiate a procedure for the founding of a joint regional commission for the establishment of facts about war crimes and other serious violations of human rights committed in the former Yugoslavia from January 1, 1991 until December 31, 2001. It particularly appeals to the leaders of Croatia, Slovenia and the Serb and Croat members of the BiH Presidency to join other leaders of post-Yugoslav countries, who have already expressed their willingness by appointing an envoy tasked with the writing of a draft declaration on the establishment of RECOM.

Among the recommendations sent to the EU, the Coalition states that within the framework of the Action Plan for A credible enlargement perspective for and enhanced EU engagement with the Western Balkans, the establishment of RECOM should be set as an indicator of progress in the reconciliation process.

Coalition for RECOM is a network of civil society organizations for reconciliation, consisting of more than 2.000 organizations and prominent intellectuals from the area of former Yugoslavia, gathered around the idea of a regional transitional justice mechanism establishment in the form of RECOM. The petition for the establishment of RECOM has been signed by more than 580.000 citizens from BiH, Croatia, Serbia, Montenegro, Slovenia, Kosovo and Macedonia.