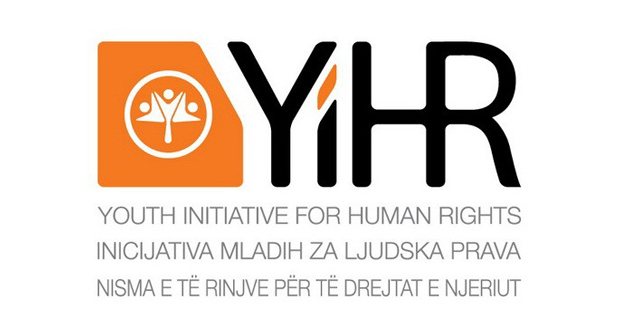 “Mirëdita, dobar dan!” Festival introduces Belgrade public to the cultural scene of Kosovo as a contribution to normalization of relationships between Serbia and Kosovo. The idea of this festival is to initiate the exchange of art ideas and create a tradition of cooperation in a unique cultural surrounding. This year festival was held for the fourth time in the period from May 31st to June 3rd. Arrival of the former President of Kosovo, Atifete Jahjaga who supposed to talk about Albanian women, victims of torture in last war in Kosovo on the „I want to be heard“ book promotion was announced a few days before the festival. This announcement attracted a lot of public attention as well as a number of negative comments. Because of that, negative atmosphere in public was raised to high level even before the official start of the festival.

On Wednesday, May 31st opening ceremony of the festival was held in the Belgrade Youth Center, and at the same time in front of this building supporters of the movement “Zavetnici”, protested by singing traditional songs from Kosovo. Their performance also included exhibition of the pictures with commanders of KLA (Kosovo Liberation Army – UCK). They also tried to stop audience from entering the festival. At one point, when the performance “Revolt against violence” by Fitore Berisha started, supporters of this organization entered in Belgrade Youth Center with attention to interrupt opening ceremony. By singing and shouting abusive words to the audience and performers they tried to interrupt the event but the audience applause was louder than them and they had to leave.

The next day before screening of the movie „Zonjusha“, in front of the Belgrade Youth Center appeared hundreds of members of hooligan groups and ultra-right movements. Members of organization “Alternativa”, verbally attacked the activists of the Youth Initiative for Human Rights, threatening them with physical violence and verbal abuse. Important part of their appearance in this performance were masks and plastic guns that they were holding in their hands. Their rhetoric was offensive both for audience as well as for participants of the festival. First time after five years, members of hooligan group “Delije” was protesting against some NGO in Serbia, with the clear attention to show their political statement and support violence. Members of both groups were spitting on YIHR activists and spilled them with water. The police did not react on any of these provocations and never tried to stop them.

On Friday, June 2nd at the Center for Cultural Decontamination, the guest was supposed to be a former president of Kosovo, Atifete Jahjaga. She was announced as a speaker on the book promotion “I want to be heard” to talk about women victims in last Kosovo war. Serbian authorities didn’t give her permission to attend “Mirëdita, dobar dan!” Festival and because of that she addressed to the audience via video message. Before the start of the promotion, in front of the Center for Cultural Decontamination (CZKD) members of the organizations “Alternativa” and “Zavetnici” protested again. They used offensive and abusive rhetoric again and general atmosphere was on the edge of the incident with attention of members of “Alternativa” to provoke activists and the audience. YIHR activists faced them with transparent “It’s shameful to hate” and sending message to the general audience that peaceful protest is the only way to talk about the future. At the very beginning, the promotion was interrupted due to the loud and abusive protests of representative of displaced persons from Kosovo who was insulting the audience and participants. Soon after the beginning of this incident police escorted him out of the event. Then there was another incident in which one protestor tried to enter to the book promotion jumping over the fence of CZKD, destroying posters and having attention of interrupting this event.

At the end all events, screening of few movies, debates and book promotions on the festival, were held successfully.