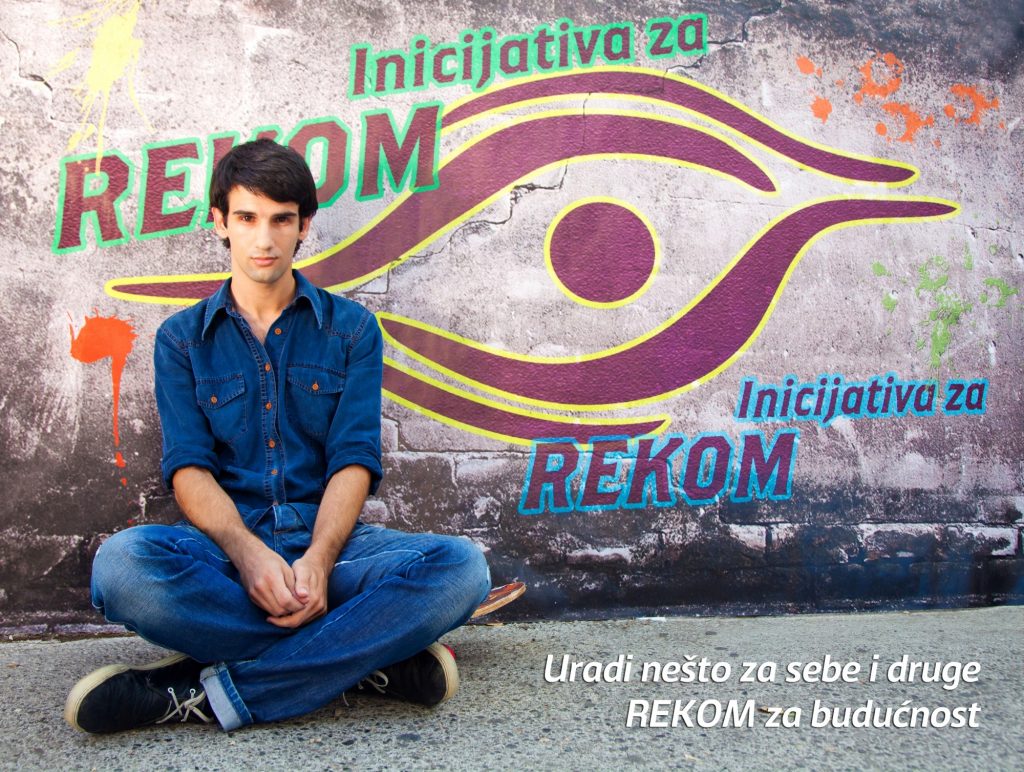 Sven Milekić, a member of the Regional Team of the Coalition for RECOM, presented the Initiative for RECOM at the conference “The Region as it should be: improving Regional Youth Cooperation”, organized on 19 May 2015 by the Youth Initiative for Human Rights from Serbia.

Milekić spoke about the multitude of problems the Initiative for RECOM has faced in the process of its transition from the civilian to the political level, which have hampered the implementation of this initiative. The four major problems, as identified by Milekić, are as follows:

– The political authorities in all the countries of the Region, including their state institutions and political parties. According to Milekić, politicians have greatly hindered the process because of their lack of understanding of and commitment to the ideas of RECOM. Since there are seven sovereign states in the region, that means a total of 14 important political elections (either parliamentary or presidential) taking place every four or five years. Consequently, in election years politicians show less interest in RECOM because no one wants to support such ideas in an election year. Milekić also stressed that there are no big differences in this respect between the left-wing and right-wing political parties. While the nationalist parties disagree with some of the ideas of RECOM for ideological reasons, left-wing parties do not support them because of political pragmatism and ‘fear’ of the right-wing parties.

By way of illustration, Milekić mentioned the former President of the Republic of Serbia and of the Democratic Party of Serbia, Boris Tadić, who blocked the RECOM process in Serbia, and the current President of the Croatian Government and of the Croatian Social Democratic Party, Zoran Milanović, who forbade members of the Party’s youth wing to assist in the collection of signatures during the 2011 RECOM campaign. Milekić sees the pressure that the international community and the EU exert on those states of the former Yugoslavia aspiring to join the EU as a great opportunity for changing the attitude of politicians. Stressing that great progress has been made and that the presidents of the countries in the region have provided support which is not merely formal, Milekić said that there is, however, a problem in Croatia due to the change of President, as a result of which support for RECOM needs to be negotiated with the newly-elected President.

– The media, which are often not interested in reporting the news about RECOM because it is not ‘sensational’ enough. Also, it is important to mention that powerful politicians keep a tight rein on some of the Croatian media outlets, so that RECOM is often subject to censorship and self-censorship. Milekić thinks this could change once the politicians begin to behave responsibly and give RECOM the support it deserves.

– The young people in the region, who do not support RECOM as much as they should. By and large, young people are not interested in topics like RECOM or any other general topics that go beyond a merely superficial participation in society. A portion of young people – those who adhere firmly to their opinions – support the idea of ​​RECOM, whilst the young generations of nationalists, envenomed by inter-ethnic/nationalist hatreds, see RECOM as a threat to their own nation and/or state. But young people are generally more concerned about other more day-to-day problems.

The conference was held under the project “Regional Youth Exchange Association”, which is implemented by the Youth Initiative for Human Rights with the support of the European Commission.