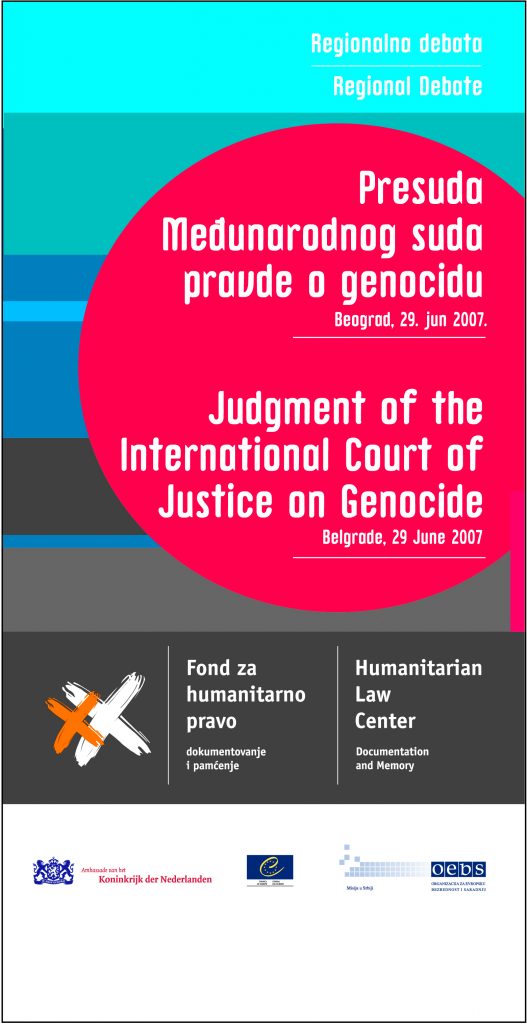 The RECOM Development Process began with a regional discussion on mechanisms to identify the facts about the recent past and their public disclosure, which, along with criminal trials, might further contribute to creating a comprehensive record of the past. The decision to initiate regional discussions was made in September 2005, at a meeting in Belgrade of 10 leading human rights organizations from the region. The meeting was organized by the Humanitarian Law Center (HLC). Along with participants from the former Yugoslavia, the meeting was attended by Mark Freeman from the International Center for Transitional Justice (ICTJ). Participants at the meeting supported war crimes trials as the most important legal instrument for the determination of individual criminal responsibility for crimes, but agreed that trials were not sufficient to build a historical record of the past. The Humanitarian Law Center, the Research and Documentation Centre (IDC), based in Sarajevo, and Documenta, based in Zagreb, made a commitment to initiate debate among civil society organizations in the region about mechanisms for identifying the facts about the past and ways to uncover the truth which would focus on the victims, and which might, in addition to criminal trials, contribute to a more complete factual record of past events.