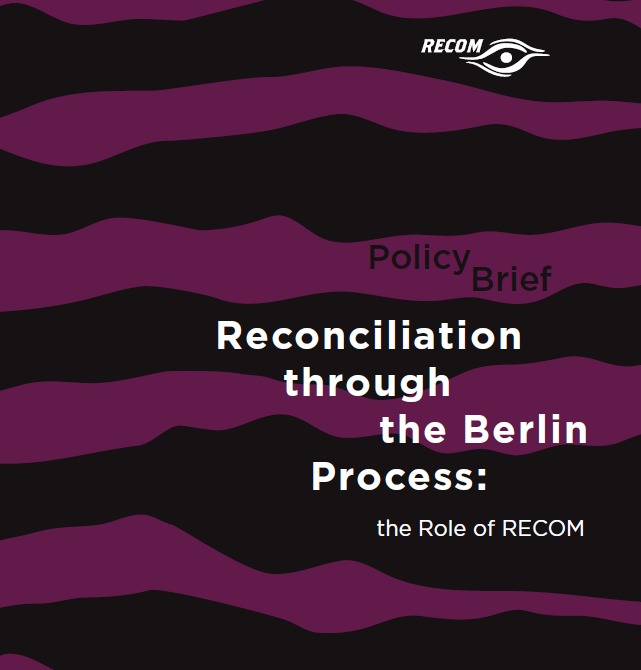 Recommendation of the Policy brief published by The Coalition for RECOM:

In order to advance the process of regional reconciliation, which is a necessary precondition for cooperation and security in the Western Balkans, as well as for its accession the European Union, the successors of the former SFR Yugoslavia should conclude the Agreement on the Establishment of RECOM (Regional Commission for the Establishment of the Facts about the War Crimes and other Violations of Human Rights Committed on the Territory of the Former Yugoslavia between January 1, 1991 and December 31, 2001) at the forthcoming session of the Western Balkans Summit Series (“the Berlin Process”) in 2018; and after that, without delay, they should take concrete steps for the establishment of RECOM, in accordance with the Draft Statute of RECOM.