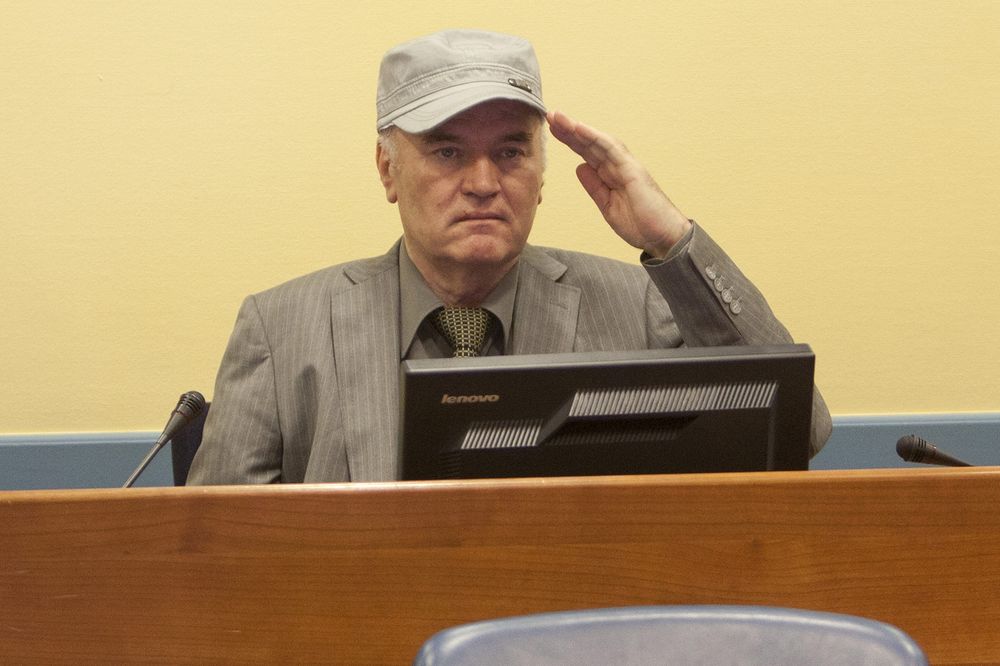 A UN tribunal will rule Wednesday on former Bosnian Serb military commander Ratko Mladic, whose charges include genocide, as the court nears the end of its work punishing those who committed war crimes during the collapse of Yugoslavia.

Mladic is accused of overseeing the 1995 massacre of about 8,000 Muslim men and boys in the Bosnian town of Srebrenica — Europe’s worst atrocity since World War II — and the shelling of the capital, Sarajevo. After evading capture for 16 years, he was arrested in 2011. He stands indicted on two counts of genocide, five of crimes against humanity and four of violating the rules of war in a conflict that killed 100,000 people.

The verdicts come as the nations of the former Yugoslavia, torn apart largely along ethnic lines by five wars after the fall of the Iron Curtain, try to increase regional cooperation with the goal of following other ex-Communist nations into the European Union. Still, as with the past trials and convictions of other war-crimes suspects, including former Bosnian Serb leader Radovan Karadzic, the potential for stoking old disputes is high.

“As the verdict approaches for Mladic, there’s some hidden tension,” Natasa Kandic, the founder of the Humanitarian Law Center, said by phone. “There’s a vast space where” politicians in the region “can tell each other anything, that some ministers in the Serbian government may make very negative and unreasonable comments, that they’ll talk without understanding what’s happened.”

The ruling is due at 10 a.m. in The Hague. It isn’t expected to qualify crimes committed in places other than Srebrenica as genocide. But, according to Kandic, they’ll be listed separately and underscore Mladic’s call to ethnic Serb troops, including militias and guerrilla fighters, to take revenge “on the Turks” — referring to the centuries-long Ottoman occupation of the Balkans that continues to fuel animosity between Serbs and Muslims.

After Mladic’s failure to do enter a plea during the case, a plea of not guilty was entered on his behalf. His lawyers say that prosecutors have failed to prove his guilt and point to evidence that he told his troops not to hurt civilians and to follow the rules of war. Judges rejected a request from Mladic’s lawyers, who argued he was suffering ill health, to postpone the verdicts this month. Kandic said the former commander would most likely receive a life sentence.

Mladic served as the chief of staff of the Bosnian Serb army from 1992 to 1996. He went into hiding after the 2000 fall of former Serbian strongman Slobodan Milosevic, who was also indicted and extradited to the international tribunal. Milosevic died there before a verdict in 2006. Bosnia is now home to 3.5 million people, about half of them Muslims, 31 percent Serbs and 15 percent Croats, according to a 2013 census.

The first-instance verdict for Mladic will be the last issued by the tribunal, which since its inception in 1993 has indicted 161 people for serious violations of international humanitarian law committed in the former Yugoslavia between 1991 and 2001. The ad-hoc court holds up its record as one that “irreversibly changed the landscape of international humanitarian law and provided victims an opportunity to voice the horrors they witnessed and experienced,” it says on its website.

The nations whose soldiers and leaders were tried there, however, continue to dispute both the convictions against their citizens and the effect of the court. Serbian Prime Minister Ana Brnabic marked a discussion with the court’s president this month by saying the tribunal “has neither fulfilled its mission nor contributed to reconciliation in the region.”

“On the contrary, I see that it contributed to the further aggravation of relations,” Brnabic said.

During its proceedings, the tribunal sentenced 88 people to prison terms, acquitted 13 and referred 13 to national courts. Along with Milosevic, 12 other people also died before or after being transferred to the court.