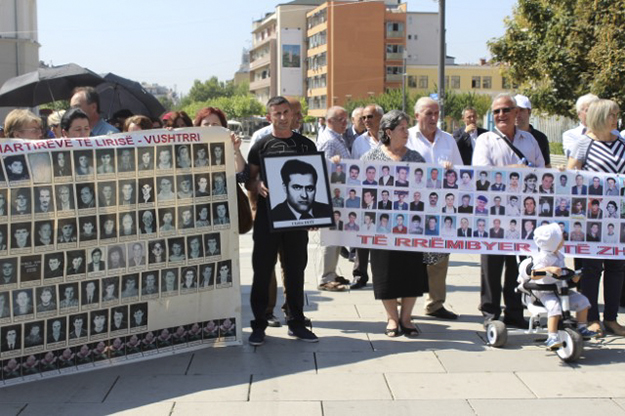 The EU-facilitated dialogue between Kosovo and Serbia, which began in 2011, aims to improve the everyday lives of people, resolve bilateral outstanding political and technical issues, and advance the region’s European future. Sustainable peace in Kosovo cannot be established without dealing with the past, namely: establishing the truth about the past, and ensuring an apology for war crimes and human rights abuses, the fate of missing persons, and reparation for material damages. These outstanding issues, which have been so far ignored in the Kosovo-Serbia dialogue, are crucial for improving the everyday lives of people of Kosovo belonging to all ethnic groups.

Therefore, as a concerned citizen of Kosovo, and driven by the democratic conviction that the most solid peace processes are those that represent the voices of beneficiary communities, and are those that are inclusive, participatory and transparent, I propose that this agenda incorporate dealing with the past into the existing Kosovo-Serbia dialogue, and once and for all, resolve the painful issues that have been lingering Kosovo society in the past 17 years.

It is of urgent imperative that the following three topics become integral into next rounds of technical and political dialogue in Brussels.

Apology is unavoidable for dealing with the past and building a better, peaceful future. It entails the acknowledgment that human rights abuses and war crimes have occurred. It includes acceptance of political and moral responsibility for mistakes, it expresses regret, humility and remorse for the past violence, and it explains the circumstances and role that individuals and communities have played in the conflict. It addition, apology entails asking for forgiveness and affirmative commitment for avoiding similar conduct in the future, as well as offering some form of compensation for the human and material damages.

Apology frees societies from the past and helps the healing of survivors and the families of victims. While the Government of Serbia and the wider political leadership has offered a form of apology to the people of Bosnia and Herzegovina, they are yet to apology for war crimes and human rights abuses in Kosovo. An official apology for war crimes and human rights violations by the Government of Serbia would ease reconciliation and open up new possibilities for cross-border cooperation. Apology is a well-established European cultural value of peace and reconciliation.

The EU, as the facilitator of the dialogue, should include issuing an apology as a symbolic form of reparation, as one the key pre-conditions for the normalisations of relations between Kosovo and Serbia and for inter-societal peace.

The families of victims and missing persons in Kosovo have the right to know about the truth for their beloved ones. Therefore, the governments of Serbia and Kosovo should be constructive and cooperative, and act within the spirit of dialogue and in conformity with the signed agreements.

The issue of human and economic losses and the extent to which they are protected is a deeply complex issue that has affected all communities in Kosovo before and after the conflict. It affects all aspects of life in a society that remains deeply divided along ethnic and identity lines. In the period between the end of the conflict, June 1999, and the signing of the unilateral declaration of independence on February 17th, 2008, those ethnic lines have remained deep-rooted.
The Serbian Government is morally, legally, politically, and financially responsible to compensate the payment for unpaid debt to Kosovo Albanians and other non-Serbs from the end of 1998-1999. The pension fund remains a sensitive matter, and it is uncertain if it will be ever resolved at the state level by two governments. With individual claims, Kosovo citizens who strive to get their unpaid debt back, may be waiting for years for justice to come. Until then, the Kosovo government and its institutions should negotiate with Serbia.
Serbia should be determined to clear the past if it wants to get away with its ostracized position in the region and beyond, in order to be considered as a serious partner and an equal member of the international community.

Kosovo government should act as a serious partner and acknowledge that roughly 1,196 Serbs and 445 Roma were killed or reported unaccounted after abductions since the end of the conflict in Kosovo.

Both sides, Kosovo and Serbia, should agree explicitly to set aside arguments so that they can focus on mutual understanding. That’s all what dialogue is about.