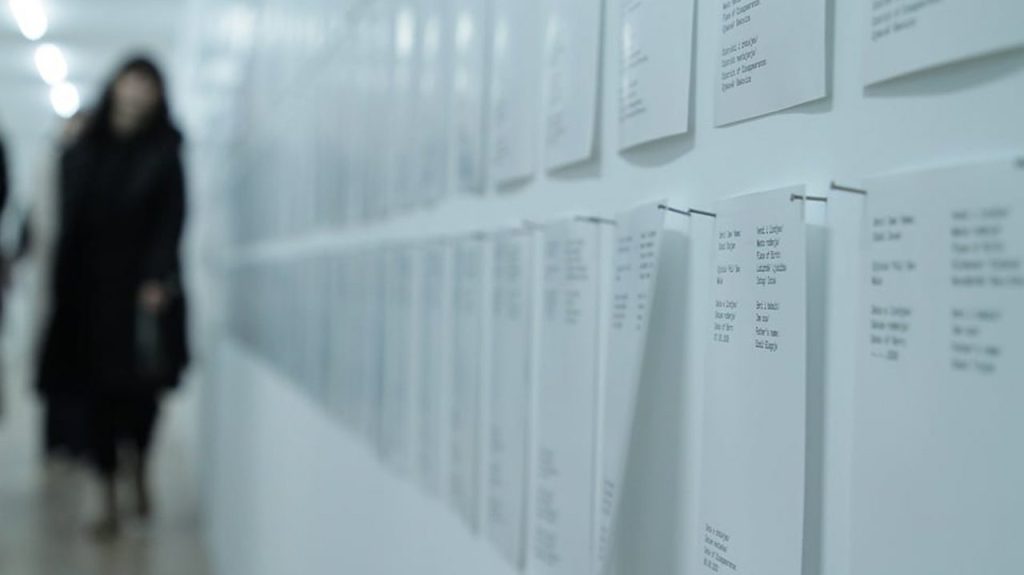 An art exhibition opened in Pristina that highlights the suffering endured by Kosovo families who have been waiting for more than two decades for news of relatives who disappeared during the 1998-99 war.

The exhibition entitled ‘A Grave is Better Than Not Knowing’ opened on Thursday at the Youth Palace in Pristina, intended as a call to authorities to step up efforts to shed light on the fate of those who went missing as a result of the 1998-99 Kosovo war.

The title is taken from from a quote by Kumrije Jahmurataj, one of the many people still waiting for news of a loved one who disappeared and has yet to be found.

The artist who created the exhibition, Driton Selmani, said that the families of the missing “do not want to die without burying their dead”.

“Their families are victims of fate – they are alive, but deep down they are dead,” Selmani said.

Curator Blerta Hocia said that the red digital clocks used in the exhibition represent the time that continues to tick away since people last saw their loved ones, while the ten large stone blocks also represent the passing of time and the indestructibility of the families’ memories. “The idea was to present absence,” said Hocia.

As part of the exhibition, the personal records of people who went missing have also put on display in the corridors of the Youth Palace.

The exhibition, organised by the Humanitarian Law Centre Kosovo, commemorates the 1,622 people whose bodies have yet to be found, mostly ethnic Albanians but also some Serbs, Roma and others. It remains on display at the Youth Palace in Pristina until January 31.