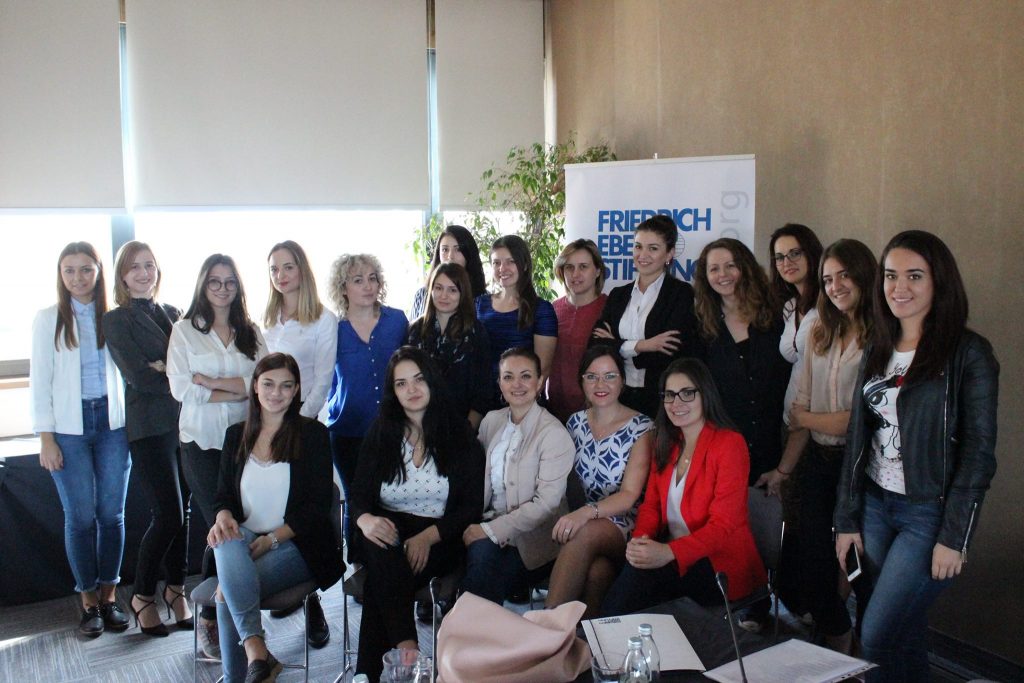 From October 12-15 in Belgrade a group of 20 young women social democrats from the WB6 countries discussed achieving positive peace in the Balkans, preventing conflicts through education, implications of populism for the stability of the region, importance of regional networking for reconciliation as well as the role of media in designing mutual perceptions. Bojana Stojanovic from the Coalition for RECOM talked about the importance of regional networking for reconciliation – that reconciliation is a prerequisite to to both the success of the connectivity agenda in the Western Balkans and to making the region stable and resilient to security threats, informed the participants about the idea that RECOM should be established by signing the intergouvernmental agreement at the next Western Balkans Summit in London next year, and explained why the regional initiative is always more comprehensive than a local one.

The participants wanted to know more about the future tasks once the Regional Commission is established, why it is important to have a regional approach and why the Coalition for RECOM thinks that the Berlin Process is the appropriate framework for establishing RECOM.