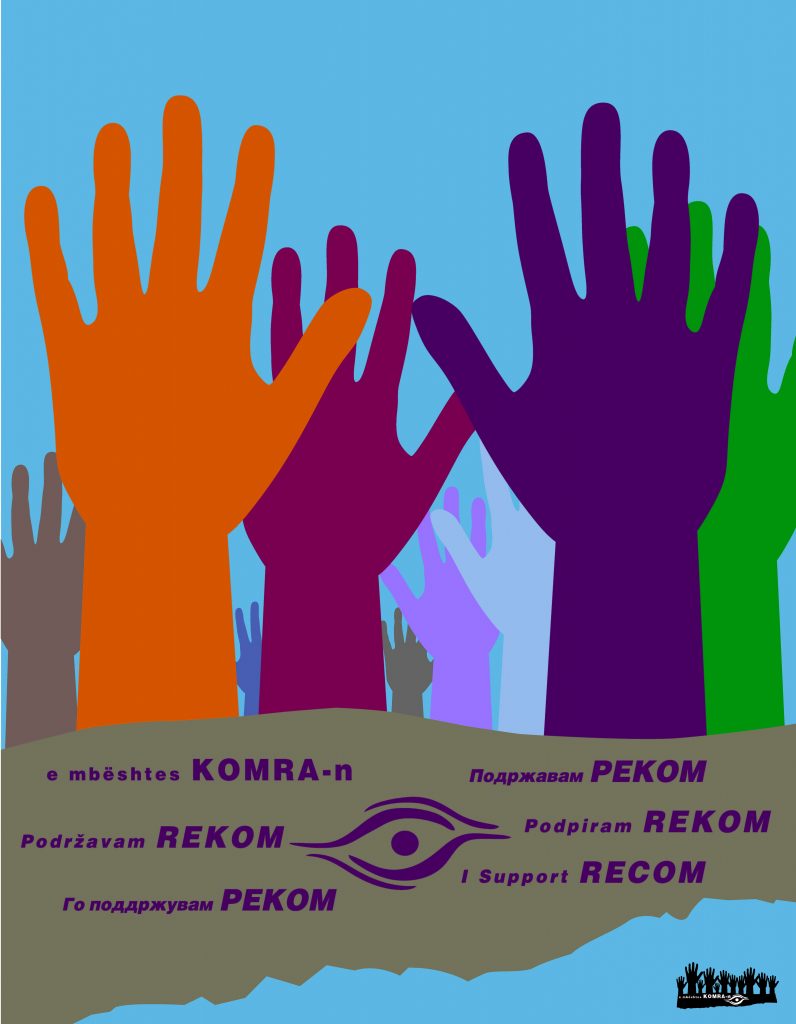 On the occasion of International Peace Day, the Coalition for RECOM on 21 September 2013 organized a street action called ‘I support RECOM’ in Banjaluka, Sarajevo, Belgrade, Ljubljana, Podgorica, Pristina, Zagreb and Skopje. Coalition for RECOM activists handed out over 3,000 ‘I support RECOM’ leaflets and collected 783 signatures in support of establishing RECOM. The activists took the opportunity to inform the citizens that the first meeting of the envoys to RECOM of the presidents of states in the region had already been held (on 6 September 2013), that all the envoys were supportive of Articles 13 and 14 of the RECOM Statute, but that the third Member of the BH Presidency (from Republika Srpska) and the President of Slovenia had not yet appointed their personal envoys. In Sarajevo, the action was held as part of Peace-Building Week; in Skopje the day before, public advocate Professor Biljana Vankovska PhD, CRPM, held a press conference at which they spoke about the RECOM Initiative as a peace-building instrument, in Podgorica, citizens wrote messages of peace and support for the establishment of RECOM as a peace-building instrument.