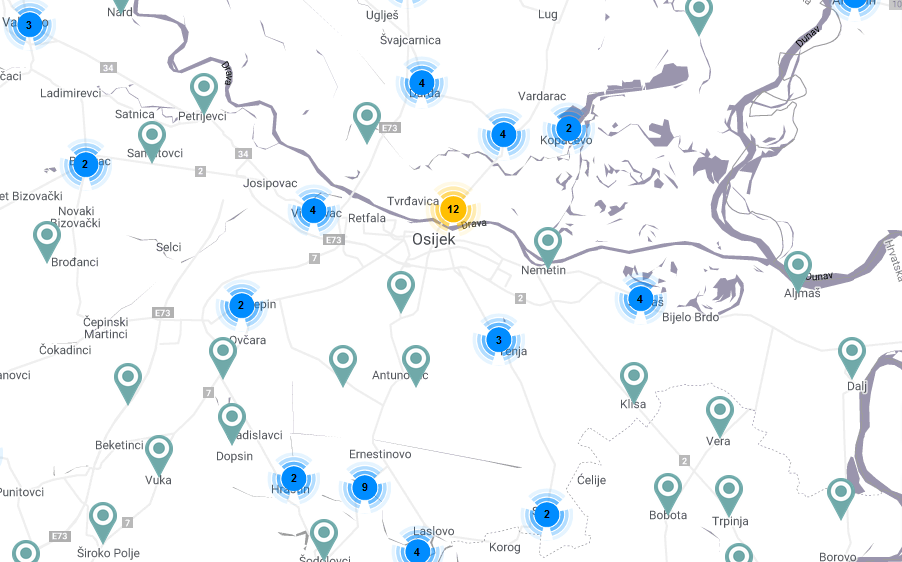 Documenta – Centre for dealing with the past, RECOM Reconciliation Network and the Osijek Centre for Peace, Nonviolence and Human Rights have presented the preliminary results of the Human Losses 1991-1995 in Croatia research, focussing on the Osijek-Baranja County. The presentation was held on Friday, 29th January 2021.

Research into human losses has been one of Documenta‘s long-term programmes, with a focus on documenting the fates of those who were killed or disappeared during the war. Its aim is to provide a factual basis for understanding the war in Croatia. The research consists of interviews conducted on the ground; collecting, analysing and comparing data from various sources – publicly available lists, monographs, bills of indictment and verdicts, various certificates, and other types of documentation. Research is conducted following a well-established methodology, in cooperation and dialogue with other documentation centres, organisations, institutions and witnesses, guided by the principles of impartiality and respect for the dignity of the victims. Determining the facts about those killed and missing is also the documental basis for our public championing of the creation of a comprehensive institutional framework for civilian war victims, a dialogue about the past, and strengthening the preconditions for building sustainable peace.

Having presented and partly published the data for the Western Slavonia and the Sisak-Moslavina County region, Documenta embarked on an analysis of the region of Eastern Slavonia. This Friday, we will present the preliminary results of the human cost of the war in the Osijek-Baranja County, its cities and municipalities, and discuss the challenges inherent in the research, the issues of data confidentiality and availability of sources, as well as the dimension of prosecuting war crimes. The data is now available on the Map of War Victims 1991-2001, and will also be available as a list.

Vesna Teršelič, director of Documenta, opened the presentation by emphasising the significant contribution of civil society, and especially the Croatian Helsinki Committee for Human Rights and the Humanitarian Law Center, that collected relevant data on the dead and missing. She pointed out that people of different nationalities and statuses are on the list, and that many of them are listed as missing, and invited anyone who has any information that could contribute to revealing the fate of the persons on the list to call the Documenta phone number.

She also used this opportunity to announce that in the next step, data for Vukovar-Srijem County will be presented.

Nikola Mokrović, research leader, presented the work method and research results. He reminded that the project’s goal, since 2009, has been to enable the availability of data on victims and missing persons in the war in Croatia with the help of a unique and verifiable census. The identity and circumstances of the death are confirmed from three independent sources, which include: court documents, censuses, photographs, autopsy documents, personal documents, newspaper articles, interviews with witnesses …

Mokrović points out that for various reasons, it is not always easy to determine with certainty the ethnicity of the victims, but as many as 41% of them were civilians.

Researchers faced many challenges in gathering relevant information: incomplete data, unavailability of sources, unreliability of testimony, the effect of the passage of time, as well as the lack of court-established facts.

Veselinka Kastratović, legal advisor of the Osijek Center for Peace, Nonviolence and Human Rights, spoke about the war crimes trials. In her opinion, trials often do not take all the available data into account, so many war crimes are never prosecuted. Part of the problem is that individuals indicted for war crimes remain inaccessible to the authorities of the Republic of Croatia. On the other hand, trials in absentia have a demotivating and disappointing effect on victims and their families. Media interest in war crimes trials is also declining, contributing to the absence of these topics from public life.

Kastratovic points out that although the Osijek County Court has jurisdiction over numerous war crimes cases, many crimes have not yet been investigated. Given the passage of time, it often happens that the defendants die before the end of the trial or even before an indictment is filed, which further complicates the process of dealing with the past.