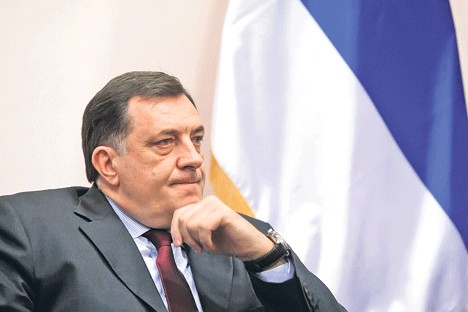 In an interview for the daily Politika on March 25, 2015, Dodik said that the institutions of the Republika Srpska had never provided shelter to any criminals, and that he was sorry for all those who had perished.

“That was a huge crime, which had also resulted in huge political disturbance. This is evident in the on-going propaganda that attempts to present all Serbs as potential killers in Srebrenica. Never in the past had Serbs committed any atrocities—on the contrary, they had always acted chivalrously, and not cowardly as they behaved in Srebrenica. Srebrenica was not a fight for the Serbs, but the greatest blow to Serbdom! Srebrenica needs a new approach and a new examination of reality, one that everyone would accept. We want the truth about it, and this truth could be achieved through a new international commission whose data, whatever they end up being, we are willing to accept.”