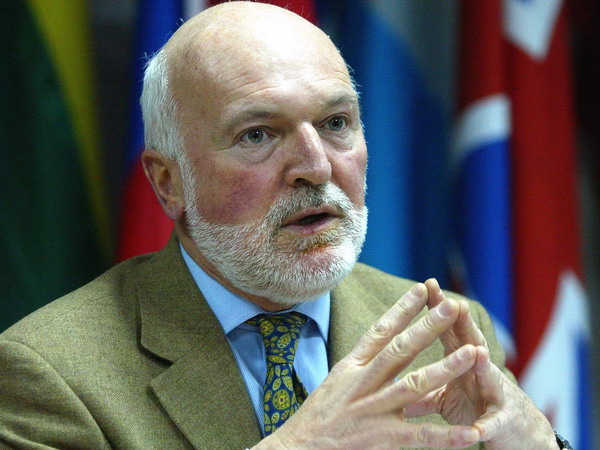 The issue of reconciliation and transitional justice after the bitter conflicts in the early nineties continues to pose a major challenge for the countries of the Western Balkan region. With the International Criminal Tribunal for the Former Yugoslavia having terminated its mandate, the focus of attention has shifted to the ability of the domestic judicial system to deal with war related crimes. This needs to be accompanied by efforts to promote tolerance and reconciliation, particularly through the education system (including history teaching) in the entire region. In other words, as we have seen in other post conflict societies such as South Africa, truth and reconciliation are two sides of the same coin.

In its most recent communication on the EU’s enlargement policy published on 17 April, the European Commission stated that “Promoting stability and the creation of an environment conducive to overcoming the legacy of the past and to reconciliation require both responsible political leadership and further substantive efforts”. The extent of this challenge is reinforced in the individual reports accompanying the communication on each country’s record in advancing  reforms for the EU accession process, where serious shortcomings in transitional justice and compensating victims of war crimes are highlighted, particularly for Bosnia and Herzegovina, Kosovo, Montenegro and Serbia.

A much more determined approach will thus be required to ensure completion of the process of transitional justice in those countries as well as addressing the outstanding issues relating to war crimes and missing persons. Primary responsibility lies with the countries concerned. For any reconciliation process to be successful it cannot be imposed from outside but must emerge from the region itself.

At the same time, the recent past has shown that it won’t happen without the EU’s determined and consistent support. The European Commission’s commitment, announced in its Strategy Paper on the Western Balkans of 6 February, to further extend support to reconciliation initiatives including those that address transitional justice, is particularly welcome. It will include, inter alia, continuation of support for the work of the Mechanism for International Criminal Tribunals and the Kosovo Special Chambers.

A so-called ‘Flagship initiative’ on the above, together with support for the Regional Commission set up to establish facts about war crimes and other violation of human rights in the former Yugoslavia from 1991 to 2001 (RECOM), is announced for the coming period.

The courageous efforts undertaken by RECOM to have all the leaders attending the forthcoming summit under the Berlin Process scheduled to take place in London next July, to agree on the establishment of a Regional Truth Commission, is thus particularly timely and should be supported. By taking such a step it would show the ability of the Western Balkan region to deal with the past while promoting reconciliation and respect within society.

This would be the first step, albeit an important one, on the long journey from a divided past to a shared future for the region. To be successful, it will require consistent efforts to convince those who claim that reconciliation can be achieved without confronting the past, or those who suggest we should “forget the past and brush everything under the carpet”, or worse, those who promote a process that has more to do with political revenge than with justice. As was stated many times during the South African Truth and Reconciliation process, “injustice is like having an eye gouged out, but looking away is loosing both eyes”.

Once in place, this Regional Commission should open a new level of cooperation between civil society actors at national and local level and in cross border regions. It should involve the widest possible participation, including youth and women organisations, working together with political parties. This inclusive approach will strengthen the local ownership of the process, and contribute to greater respect for the rule of law and democratic standards.

The EU should provide financial and logistic support at every step of this journey. Being one of the best examples of overcoming the legacy of conflict and creating a process based on the rule of law, the EU has used its own experience to support post conflict peace processes around the world, whether in South Africa or Northern Ireland. Its support for truth and reconciliation in the Western Balkan region would be a logical continuation of these efforts, and would contribute to long term stability in countries, which are, after all, future members of the European Union family.