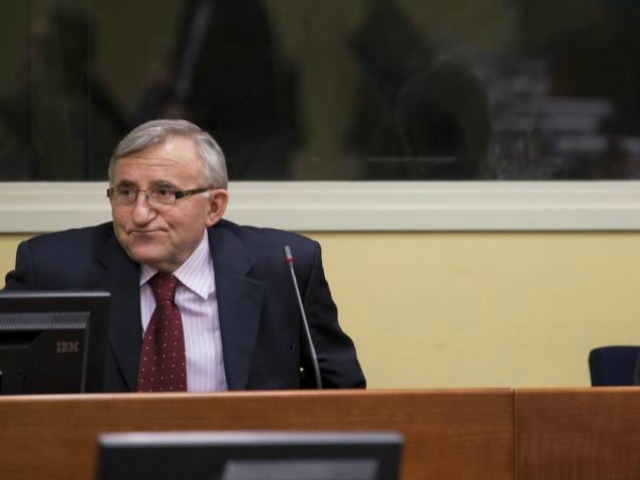 States and ethnic groups in the Balkans are still denying that their troops committed war crimes in an attempt to evade moral responsibility by blaming the other side, thwarting the possibility of reconciliation.

Serbian Defence Minister Aleksandar Vulin sparked a controversy earlier this month by praising freed war criminal Vladimir Lazarevic, the former chief of staff of the Yugoslav Army Pristina’s corps, who was sentenced to 15 years in prison by the Hague Tribunal for his role during the crackdown on Kosovo in 1998-99.

Not only did he praise Lazarevic, but also stated that he would be a great professor for Serbia’s military cadets, and that it was high time the Serbs stopped being ashamed of those who defended them but “quietly proud” instead.

That Lazarevic is a free man and did his time, as Prime Minister Ana Brnabic stressed, is absolutely right.

Yet that’s not the point, and Brnabic knows it. The point is whether Lazarevic should be treated like a national hero. Does he have to serve as a model and a professor for a new generation of Serbian soldiers?

These questions bring us to what psychologists call cognitive dissonance. Namely, if many among the Serbian people see Lazarevic, Veselin Sljivancanin, Nikola Sainovic and even Slobodan Milosevic as heroes and not war criminals, it is because seeing them as war criminals would mean that they, as people, would also bear a moral responsibility for what happened.

If these men defended the Serbian people, they cannot be criminals. But if they are criminals, then the cause for which they fought may have been wrong, which is unconceivable because then we would have to bear a part of that guilt.

Even worse, the defence minister himself is now endorsing them, drawing a direct connection between war criminals and the Serbian people, expressing pride for acts committed in the Serbs’ name in the 1990s.

Whether Vulin has ever felt ashamed of what happened in the 1990s in his name and the name of his people, according to his own words, is an open question.

The International Criminal Tribunal for the former Yugoslavia, ICTY, was designed to avoid any sense of collective guilt, and try individuals for their crimes.

Vulin o the other hand is endorsing the criminals who acted ‘to defend the Serbs’, accepting collective responsibility for them, but dismissing any collective guilt.

In this way, the Serbian authorities are making it almost impossible for any sincere internal debate to take place about what happened 25 years ago.

To be fair, such a psychological defence mechanism, which allows a person or a people to avoid coming to terms with their own responsibilities, is very common. Just take Turkey and its ongoing denial of the Armenian genocide.

It took a generation for the Germans to put their own Nazis on trial. It took 30 years and an American historian for the French to end the myth of collective resistance to the Nazis and dig into their own Nazi-friendly Vichy regime’s history. It took 50 years for President Chirac to acknowledge France’s responsibility in the Vel d’Hiv round-up that ended with the deportation and deaths of hundreds of French Jews.

Even today, debates about the war in Algeria are still full of unhealed injuries on both sides. Just remember the wave of criticism sparked by presidential candidate Emmanuel Macron when he said on Algerian TV in February that colonisation had been a crime against humanity.

Sent there as a young soldier in the 1950s, my grandfather once told me that “we fought for nothing”. Since he hated talking about it, I never asked what he meant by that.

Did he regret that France lost Algeria? Or did he realise that he and thousands of his fellow soldiers were sent there to kill and die for a cause that, with the benefit of hindsight, appeared to him, and to the vast majority of the French people, illegitimate and wrong?

Yet people were killed and tortured for this illegitimate cause, which is a burden that the French people have to acknowledge.

Besides, it is also a psychological defence mechanism to see our victims as the only legitimate ones while denying the other the right to suffer.

The same goes for crimes committed. Our crimes (if they have been admitted to have been crimes) are justified, or at least diminished by the other’s crimes against us.

This mechanism was the first thing I witnessed during my first experience in the Balkans, in Srebrenica and Bratunac, when I was reminded every day by local Serbs about Bosniak commander Naser Oric’s alleged crimes – an attempt to diminish the significance of the Srebrenica massacres carried out by Serbs.

Sure, context always matters, but a war crime remains a war crime and cannot justify or serve as excuse for another war crime.

To be fair again, this mechanism is obviously not specific to the Serbs and is often used in the region, by top officials as well as ordinary people, to dismiss or diminish war crimes, such as those committed against Serbs in 1995 in Croatia or in 1999 in Kosovo.

It is evidence that there is a deep confusion about the difference between revenge and justice, all the more so because the court that was supposed to bring justice and then reconciliation, the ICTY, is no longer trusted by local people.

There are legitimate reasons for that.

Take Ante Gotovina, who was initially sentenced to 24 years in prison but then acquitted. Take Ramush Haradinaj, acquitted twice thanks to an unfortunate epidemic of disappearances among witnesses. Take Vojislav Seselj, acquitted after 13 years of being part of a joint criminal enterprise, when just days before in Radovan Karadzic’s verdict, Seselj was named as part of the joint criminal enterprise.

Take Jovica Stanisic and Franko Simatovic. Their trial made a direct connection between the Serbian regime and paramilitary militias on the battlefield. They gave orders, money and weapons to Arkan and his men, and yet they were acquitted – although the acquittal was then overturned by the Hague court and they were sent for retrial.

What is at stake with their case is crucial. The ICTY made it possible to establish thousands of facts, and everyone looking for the truth should be thankful for that. We now know precisely who did what to whom and when it happened.

However, if Stanisic and Simatovic were to be acquitted again, it would mean that it is no longer possible to rely on the ICTY to write an intellectually and historically accurate narration of the wars.

Clearing them would mean that the ICTY had reduced the wars to a sum of crimes committed by individuals, negating the idea that the conflicts had any intellectual and political design, thus strengthening official revisionism in the region.

Unfortunately, revisionism as a psychological defence mechanism doesn’t bring peace and reconciliation but rather rancour, anger and division.

In the longer term, it is very worrying that the first generation of children born after the wars are taught revisionist narratives  when it is precisely this generation that should question its parents’ choices.

Therefore as far as mutual understanding and reconciliation are concerned, and given that the ICTY’s legacy has been marred by mistrust, it seems more than ever crucial to support the RECOM regional truth commission initiative, and to have a platform for every victim to be listened to and recognised as such regardless of his or her ethnicity.

Talking, admitting the other’s suffering, and seeing the other as a person who has also lost hope and relatives is the first step to deal with this physical and psychological trauma with which thousands of people are still struggling.

The RECOM initiative to set up the truth commission was cited in the final declaration of the Trieste Summit on the Western Balkans last July. Its implementation by EU candidate countries (and Croatia for that matter) should be interpreted as an obligation in Chapter 23 of the EU enlargement legislation, the chapter about the judiciary and fundamental rights.

Besides, although mass graves are still discovered regularly, this is not as a result of a real and sincere effort to settle the missing persons issue. Documents are still hidden, witnesses are still silent, hundreds of bodies are still buried here and there, and families are still in pain, unable to mourn their relatives with dignity.

Therefore, in terms of conditionality regarding the EU enlargement process, the RECOM initiative and the issue of missing persons should be treated by the European Commission and member states in the same the way that the arrest and extradition of war criminals to the ICTY was.

Likewise, no war criminal should be able to serve in politics or in the military after they have served their time in prison – although the real issue is that only a brave minority of human rights defenders (often women) has a problem with the practice of war criminals retaining political influence.

As long as revisionism remains the official narrative in the region, used to flee from individual and collective responsibilities and to cope with everyone’s cognitive dissonance, the true lesson of what the EU stands for, the longest period of peace on a continent forged by centuries of wars, will remain ignored.

Can a country be member of an organisation whose core message it doesn’t understand, or endorse?

Dr. Loic Tregoures is a political scientist, specialising in relations between sport, politics and identities in the post-Yugoslav space. He teaches political science at the Catholic University of Lille, France.