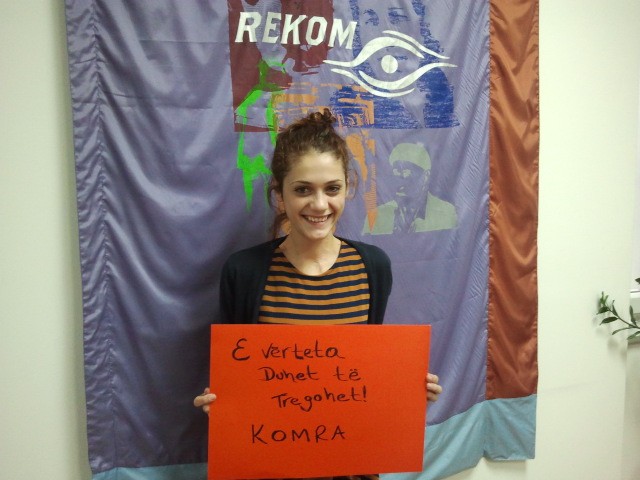 The campaign focused on reminding the Presidents or members of the presidency of the countries in the region about the fact that RECOM depends on their decisions. Modeled on Amnesty International’s actions, postcards were mailed to regional presidencies, with a short message reminding them of the support they had provided to the establishment of RECOM, and that it was time to move on. This stage of the campaign was supposed to be the official launch of the procedure for examining the legal and constitutional options for RECOM.

In all capitals of the countries of the region one-day street fair s were held, in which citizens signed the RECOM postcards with their full name. The postcards were then sent to presidentsor members of the presidency.

In support of that action, an online campaign was carried out, launched on August 25, and closed on September 22. Social media users received an invitation via the Initiative for RECOM’s Facebook and Twitter accounts to post on their profiles photos with messages of support to RECOM, and to join the Initiative with their own photos and new messages. Advertisement and video messages were posted on the Initiative’s Facebook page as well.
Video messages
leaflets
Press clipping
Postcards with messages to presidents and members of the presidency, messages of support