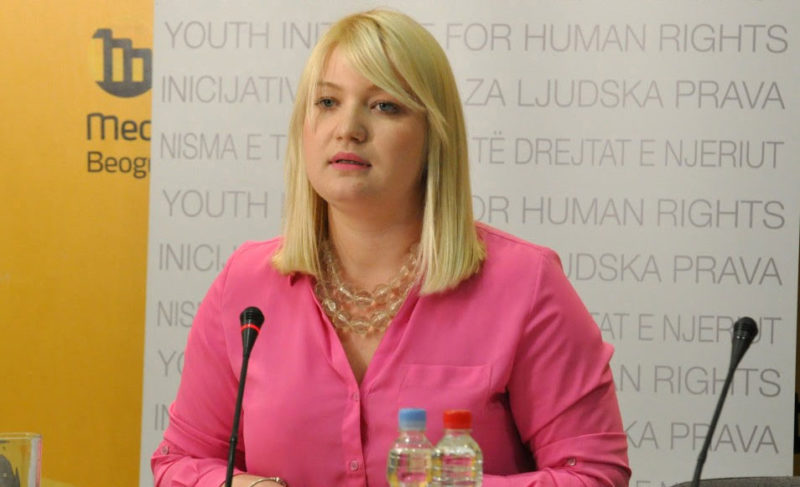 Young people can be defined as an age group of people between the ages of 15 and 30, which in the post-Yugoslav context means that young people from the region grew up in times of war or during the immediate post-conflict period. Almost all the ties that existed between the peoples and countries of the former Yugoslavia were violently broken, and the rebuilding of these ties was not a priority of the states in transition. The interethnic hatred that was instigated immediately before the conflict, and peaked in the war period, has lingered on for many years in the public sphere. Political elites and the media, and not just the extreme right, often use offensive names and make defamatory remarks regarding the characteristics of the other nations as a whole, which further fortify prejudices that are already very present in all spheres of society.

The attitudes of young people are fundamentally determined by the education system, as well as by the family upbringing. While it is virtually impossible to assess the extent to which the family affects young people in relation to other spheres of society, the education systems in the Western Balkan countries are undoubtedly a factor contributing to further disintegration and to the consolidation of mistrust. The bloody break-up of Yugoslavia is taught to each ethnic group on the principle that there was only one victim – themselves -, while all the others are criminals in one way or another. In addition, the education systems in the former Yugoslavia are unique in that they do not encourage dialogue and multiperspectivity in any area, and especially not in the interpretation of national history.

The strongly expressed negative attitudes in society and among the public towards neighbouring states and peoples, and a nationalism bordering on chauvinism, maintain the ethnic distance and affect entire societies, not just the young. However, the key difference between young people and the generations of their parents or grandparents is that the vast majority of them do not have a direct personal experience of other ethnicities – they  do not know Croats, or Albanians, or Serbs, or Bosniaks – but  base their positions exclusively on negative external influences. In this way, a collectivist view of others persists, a view that all ethnic groups or states have common negative characteristics – all Croats are Ustashas, all Serbs are Chetniks, Montenegro is a mafia state, and Kosovo is one big drug cartel.

In an unfavourable social and media environment, one of the best ways to overcome deep-rooted prejudices and stereotypes is to provide young people with the opportunity to gain direct experience and build their own, authentic attitudes and views. In the last twenty years, arts and tourism have been the most successful platforms for enabling young people to meet and get to know each other, and the cooperation that is being realized in this way is already at a remarkable level. However, the number of young people making connections in this way is very limited, both because of a lack of personal interest and an unfavourable material situation, so that the effects of these newly built connections are insufficient to exert a decisive influence on the whole society.

A concept that is far more developed in the region is youth exchange. Numerous NGOs are developing and implementing youth exchanges in different fields and forms. The first exchanges practically began during the conflict itself, and in the last ten years, characterized by the normalization of relations in the region, this concept has been further developed and popularized. Although the programmes are quite varied, and only a small number of them have reconciliation in the region as their general goal, any type of cooperation contributes to that goal. The participants in the exchange programmes are not the only ones who receive the immediate benefit of getting to know and cooperating with others, because they transfer their direct experience to the environment, friends, family, school and university, thus challenging the prevailing prejudices and stereotypes.

As an instrument of post-war reconciliation, youth exchanges were first envisaged by Germany and France shortly after the signing of the Élysée Treaty in 1963. The establishment of the Franco-German Youth Office (OFAJ/DFJW) is one of the most important results of this “treaty of friendship”, which envisages co-operation in a number of areas in order to put a stop to the ages of hostility and conflict between the two countries. The foundational act envisages the setting up of the Office to deepen the links between young people from the two countries, and to foster mutual understanding and encourage youth meetings and exchanges. Seventy-two years after the end of the Second World War and 53 years after the establishment of the OFAJ, France and Germany are still committed to youth exchanges, and support for continuing the work of the OFAJ has never been seriously jeopardised. Following the example of the OFAJ, other similar institutions, such as the German-Polish Youth Office, have been set up, and numerous other bilateral youth exchange programmes around the world have been supported.

The Regional Youth Cooperation Office (RYCO), founded in 2016 at the Paris Summit within the framework of the Berlin Process, is conceived on principles similar to those of the Franco-German Youth Office. The primary activity of the RYCO is the allocation of financial resources to organizations and institutions that implement youth exchange projects, which implies that the values and goals that the RYCO will prioritize will be those reflected in the projects implemented. But political instability and lack of desire for cooperation and reconciliation among the six Western Balkan countries in other areas pose the greatest risk for the successful operation of the RYCO; and this is  the essential difference between the Balkan and Franco-German examples.

The establishment of the RYCO was initiated by a section of the regional non-governmental sector engaged in the processes of reconciliation, improvement of regional cooperation and youth exchange. As with some other areas, individuals and organizations that are active in this field have recognized that the maximum results achievable without the active role of governmental structures have been reached. The achievements of youth exchange without a serious reform of school curricula, and of the attitude in general of these states and societies to the wars of the recent past, are simply insufficient for a serious social change. The Berlin Process as a platform for the improvement of regional cooperation has shown, despite the modest results so far, that there is a need and an opportunity to intensify cooperation; but it has also proved that it is impossible to achieve really tangible progress in particular fields, without a number of necessary complementary processes.

It is expected that the work of the Regional Youth Cooperation Office will bring about a significant expansion of the list of the organizations, but above all of the institutions – cultural, educational, and sports – that will organize or participate in regional youth exchanges. However, the challenges remain the same, and these are the diametrically opposed views about the war conflicts in the former Yugoslavia, which are primarily marked by an absolute lack of knowledge of the facts concerning the events before, during and after the wars. For the RYCO to have a chance to fulfil its mission, which is reconciliation, it is necessary to establish the facts about the war in the territory of the former Yugoslavia, which will be taught to young people through exchange programmes. This means that for the successful operation of the RYCO it is necessary to establish RECOM and thereby create a base for quality youth exchange programmes.

The young people born during and after the wars can indeed contribute to the process of reconciliation and move forward, but some other conditions must be fulfilled beforehand. It is irrational to expect from generations who did not take part in the wars or who do not know what happened during the wars, to be responsible for healing all the woes of those wars alone: but they are at present alone, because the RYCO is the only regional institutional mechanism dedicated to reconciliation. The young people will bear their burden of responsibility, first and foremost in preventing some future conflict from happening.  But the countries of the Western Balkans themselves must first conclusively close this war chapter,  by establishing the facts about the wars, the victims of the wars, and the fate of the missing persons, and then prevent the spread of lies, hatred, and prejudices.