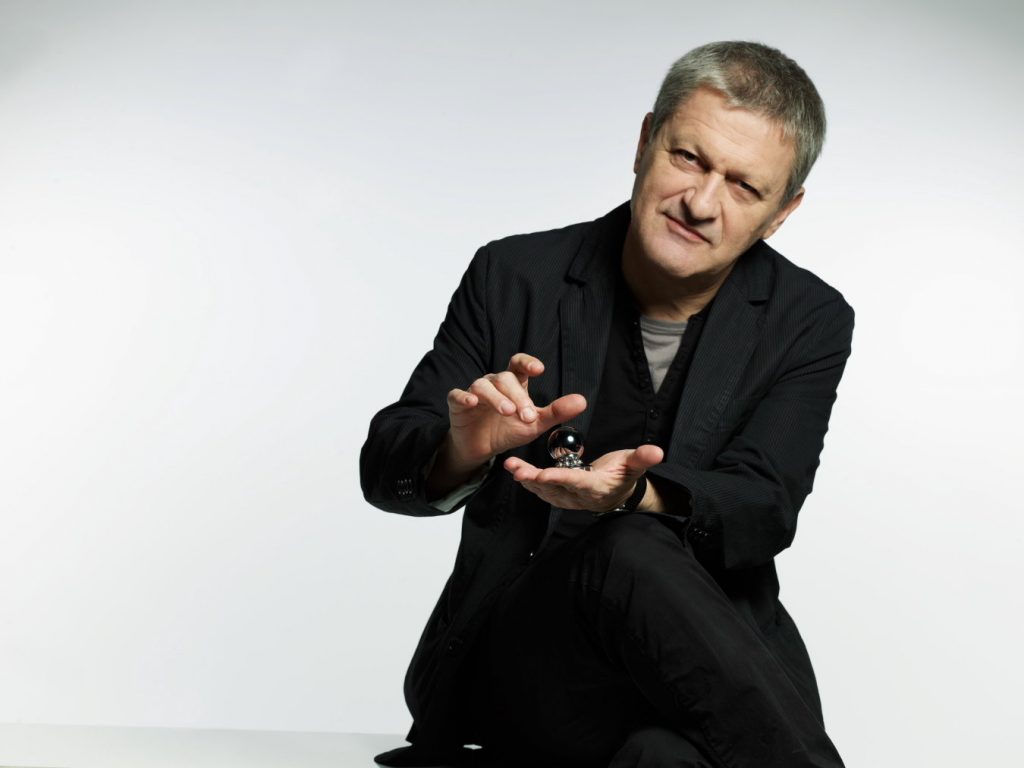 Just as there is no single cause leading to an argument, or to a war for that matter, but rather a whole array of  possible causes, ungraspable and unperceivable, there can be no single paradigm, or answer as to how to make reconciliation possible. But even if we don’t really know whose (different) interests led to a particular war or act of destruction, it is completely clear that it is political will that lies at the root of every successful effort to bring about reconciliation.

It is in the interest of all unsuccessful policies and the politicians responsible for them to divide peoples and nations, as the easiest way to hide that a state is not being run successfully, or to justify such a fact, is to point the finger of blame at some enemy. Within such a context, the unstable and economically unsuccessful governments in the Balkans use their emissaries, the media, to ceaselessly spread hatred back and forth between the warring sides, to a conflict that ended two whole decades ago. Just recall what the state of relations between the World War II Allies and Germany was in 1965, and it will become apparent just how little has been accomplished in terms of improving the relations between Serbia and Croatia, Serbia and the B&H Federation (excluding the RS), and, in particular, between Serbia and Kosovo. But, economic reasons aside, Europe and the U.S. had a powerful impetus for reconciliation with Germany: the growing hostilities with the U.S.S.R. and the Eastern Bloc. The tiny Balkan states have no such common enemy to unite them – quite the contrary, by constantly heating up the tensions between them, their respective political oligarchies manage to stay in power, and the same unsuccessful individuals get “democratically” re-elected over and over again. This has gone on for almost a quarter of a century – again, mostly owing to their constant stoking of the fires of hatred.

The Cyrillic alphabet as the greatest problem in Croatian society, Kosovo’s independence as Serbia’s most fundamental issue (despite the fact that practically nothing is being done to resolve any of the actual problems faced by Kosovo Serbs), the fear of even the slightest “concession” to the Serbian community among Kosovo Albanians, and the well-known antagonisms between the three “constitutive peoples” in the B&H Federation… all these topics make it possible to quite literally drive the Balkan people crazy for the next hundred years. It is enough just to squeeze an inflammatory headline or two into some tabloid about the existential threat posed to members of one nation by those of another (and these are a daily occurrence), for all the old wounds to reopen, or never even begin to heal. And the downplaying or outright denial of crimes against civilians on the one hand, or the insistence, on the other, that the RS (with a population of more than 1,300,000 people) is a genocidal creation – is a certain path to a point of absolute standstill.

Reconciliation is therefore the result of the political will. But what would be the aim be of such a politics in the Balkans, the interests of which would include reconciliation? This is something we neither have nor know, and it is precisely our possible definition of it that could shape a successful tactic for reconciliation. But who has an interest in that? Nothing will change until such a benefit (whomever it may be for) is defined openly.

In May of this year, Enver Petrovci, a famous Albanian actor from the Yugoslav era, wrote and directed a play called “The Damned Balkans” (or, The Cursed), co-produced in collaboration with the (Serbian) Ghetto Theatre. In the play, all the Albanian and Serbian actors perform in both languages.  The play was staged at both the National Theater in Pristina (an Albanian theater), and in Gracanica (a Serbian community). Talking about these events for Radio Belgrade, he said the following: “Personally, I believe, and I have always been saying, that  people come first, before any politics; were it not for the politics, the people would reconcile much more easily. Today, we are being divided and drawn into arguments by politics, just as we used to be in the past. In 2000, they asked me to come up with some joint project to be produced – they requested it – but all the while, they prayed to God Almighty that it would never come to life. UNMIK, too. Especially UNMIK, and all the politicians, on both sides. And when I presented them with an actual project, when I gave them a list of the names of all the people willing to take part in it, they all simply tried to run away from the whole thing. They pretended to want it, but when we did come up with something, they just ran away. And it’s always been like this, ever since the war.”

“And so, it was only in 2016 that a joint Albanian-Serbian theatre performance was produced and staged, owing mostly to the good will of a few individuals”, says Petrovci. Apart from him and Zoran Ristic from the Ghetto Theatre, and the actors, who have always been willing to collaborate, the heads of two theatres in Pristina and Gracanica also joined in, and they made it possible to have the play staged in their theatres. In both communities, the audience rewarded them with huge ovations.”

But it’s not good when the system doesn’t function and when individuals have to assume its role. It might be good in some individual cases, but, in general, such a situations cannot be productive.

Reconciliation requires huge material resources, as it involves the training of activists, a great many of them, who would then need to work on this whole process in their different fields of expertise. Reconciliation also has to penetrate education through joint programmes, which need , in turn, to (at the very least) agree to disagree, but without using that as a reason or justification to continue the frustrating and socially destructive life of hatred and hostility. This would include reconciliation through pre-school institutions, that is, kindergartens with serious programmes, multi-ethnic schools, and workshops at colleges; but, above all, transparent economic linking and organization. However, we all know that Balkan economies are a breeding ground for all kinds of gray zones, various criminal structures and dirty money, and that the strategy of all the politics in the region is to present to the society the private interests of the politicians and tycoons as public ones.

Reconciliation also has to be a media project, implemented through regular newspaper columns and intelligently designed broadcasts in electronic media. The politicians’ behaviour needs to be conducive to all this, and devoid of any hateful and inflammatory messages.

The judiciary? How can we organize fair trials for war crimes in our own areas? How can we stop the glorification of the perpetrators, which has taken on mythical proportions, or sanction the symbols that glorify the crimes and hatred, such as all those badges and t-shirts with the faces of the perpetrators printed on them?

Aleksandar Popov from the Center for Regionalism has stated that the Hague Tribunal has shamed and embarrassed itself, and, in the end, shown itself to be a political court. He describes how he attended a rally in Pristina, where Prosecutor Geoffrey Nyce also showed up and publically revealed that the Tribunal was indeed a victim of political corruption by the major powers.

“You know, it’s really not possible for Gotovina to be sentenced to a 24-year prison term in the first instance verdict, only to be acquitted on appeal. Haradinaj, too, was released and allowed to organize his defense as a free man, but he used his freedom to eliminate some key witnesses (some physically), and also ended up being acquitted”, said Popov.

On the other hand, Seselj’s acquittal was not welcomed by any Serbian officials, and there was no hero’s welcome staged for his return from the Hague, such as those seen in Croatia, Bosnia and Kosovo. I am not implying that Serbia is ahead of other states in terms of reconciliation, just that its apparent lack of boasting when it comes to the returnees from the Hague is a result of all the wars it has lost.

The Hague Tribunal was necessary, there can be no doubt about that. Without the Tribunal, the whole situation would be much worse. However, the combined importance of all the individual states created from the ruins of Yugoslavia – the sum of their respective weights, is so much lower, that it’s not even close to that of the former Yugoslavia. And the problem with low weight is that it easily falls off the scales of world politics, where it’s only the big players’ scores that are being settled.

The author is a renowned writer whose works have been translated and published throughout the world, and a former Serbian ambassador to Austria.  His latest novel, “The Investigator”, has won numerous awards as the best novel in 2015.