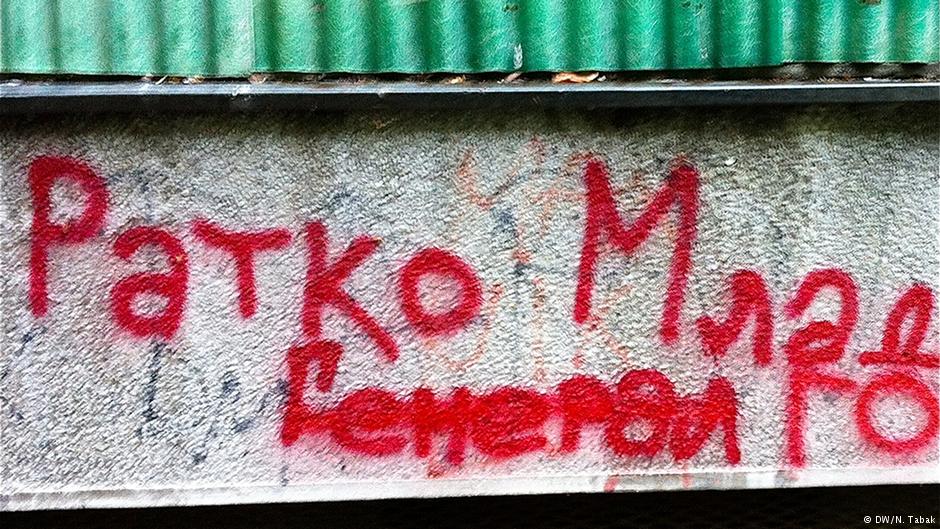 A Story about a Chance Visitor

The Humanitarian Law Center has been reporting systematically on the progress of transitional justice processes in Serbia since 1999.  Its fifth and latest report, “Transitional Justice in Serbia from 2013 to 2015”, provides an insight into the accomplishments and problems relating to the prosecution of war crimes before Serbian courts; the provision of reparations to the victims; the establishment of the truth about the past; the assumption of responsibility for past wrongs by the state; the reform of state institutions with the aim of purging them of  individuals responsible for war crimes perpetrated during the armed conflicts of the nineties.

“The monitoring of progress in establishing transitional justice in Serbia over the past several years has shown that the country is making very little headway in the application of transitional justice mechanisms relating to human rights violations perpetrated during the armed conflicts of the nineties.  The key obstacle is the lack of political will to deal with the legacy of the nineties in a comprehensive, honest and institutionalized manner.  In contrast to the proclaimed commitment of government representatives to regional reconciliation in the former Yugoslavia, concrete transitional justice measures have either not, for the most part,  been taken, or have not received sufficient backing from political actors.  The few mechanisms that have been applied, such as war crimes trials and efforts to locate missing persons, have been prompted by the demands of the international community and, for all practical purposes, remain strongly influenced by the political authorities and their respective ideologies.  The true disposition of the political elites towards the need to render justice for the crimes of the nineties is perhaps best illustrated by their public support of convicted war criminals and other individuals strongly implicated in war crimes”, the report states.

Let us assume that one of the world’s citizens is curious to find out how the Serbia of today, 20 years after the armed conflicts in which it played the leading role, is coming to terms with its past and its responsibility.

Such a person would discover a society fond of convicted war criminals, and completely indifferent to the sufferings of those who, only yesterday, were its citizens.  The first surprising discovery this visitor of ours would make is that this post-conflict society prosecutes war criminals in a chaotic rather than strategic manner.  The result?  A total of just 46 perpetrators have been convicted – including from among members of the military, the police, various paramilitary groups and local administration structures.  They have been sentenced, yes; however, the verdicts took into consideration only the mitigating circumstances, such as family-related factors and age, but not the aggravating ones, such as their cruelty, as exposed by the crimes and inhumane acts they took part in.  Again, not everyone who should have been punished has been, only the direct perpetrators.  Excluding those few convicted by the Hague, all the masterminds, instigators, and organizers, as well as those who gave the orders, have remained outside the reach of justice.

In some cases, establishing their guilt before the court took long enough for the victims to lose all hope that justice would be served in the end.   In one such case which took a very long time to prosecute –  15 years of proceedings, the perpetrator was sentenced to the minimum prison term possible, despite having been convicted of murdering an Albanian civilian from Kosovo.  In a number of other cases, the second instance appellate court has overturned the verdict and returned the case for retrial, resulting in victims and witnesses withdrawing from the proceedings entirely, discouraged and traumatized by the manner in which the Serbian institutions construed criminal justice.  Eyewitnesses and others who could and were willing to testify to the sufferings inflicted upon the victims were met with condemnation and sometimes threatened by the very individuals whose duty it was to provide them with safety and protection.  When victims have testified about the sufferings they endured, the accused have laughed in their faces, mocked and disparaged them, with little or no reaction from the court.

The President, Prime Minister and Cabinet Ministers publically praise convicted war criminals and threaten prosecutors.  A curious visitor would probably find it strange that most victims remained invisible to the institutions, despite numbering in the tens of thousands.  Serbian institutions are particularly unconcerned with victims of sexual violence at the hands of Serbian security forces (or any other forces for that matter, provided the crimes occurred outside Serbian territory), or with families of the missing, or with victims suffering from mental disabilities resulting from violence.  When they seek acknowledgment and compensation, the institutions readily resort to twisted interpretations of the law, in order to dismiss their claims or award them with humiliating pecuniary damages.

But there are times when victims become important.  This usually happens on anniversaries marking the suffering of the Serbs, but only rarely – in fact, not at all, when there is a need to commemorate the victims of other ethnicities.  By contrast, the anniversaries of the NATO campaign or Operation Storm (Oluja), are always attended by a great many angry and concerned politicians.  On such occasions, they readily voice support for initiatives to erect monuments commemorating the Serbian victims, all the while oblivious to their actual numbers, their names or how they died.  Once the ceremonies are over, their subordinates carry on with their daily task of denying these very same victims their civilian war victim status, which would provide them with at least some satisfaction and a modicum of support from the state.

A particularly strong reason for bewilderment would probably be found in the realization that Serbia’s citizens and their leaders care little about those who live right next to the mass graves, and even less about purging the state institutions of those responsible for their existence and seeing them punished.  Nor are they bothered by the fact that their refugee neighbours who fled the war have been left lost and wondering for years in search of information about the fates of their missing loved ones, still hidden in the archives of Serbian institutions.  There is a good chance that this visitor would meet the participants in some of the worst crimes that took place during the wars in the former Yugoslavia on his tour of Serbian military and police installations, or perhaps at a meeting with representatives of Serbia’s highest legislative body.  He would probably feel uncomfortable if he knew that they were being protected by Serbian political leaders and institutions.  Our guest would most certainly lose all faith in the local politicians’ proclaimed determination to bring about regional reconciliation, if he ever set foot in a Serbian classroom filled with 8th grade or high school students.  From their textbooks, he would learn that the Serbs were the biggest victims of all the past wars, that there were no Albanian victims, and that the Croats and Bosniaks had only themselves to blame for the fate that befell them, because they wanted independence.

For those of us who live in such a society, there is a sliver of hope to be found in the work of certain civil society actors, who remain determined in their intention not to allow Serbia to feel comfortable in its self-proclaimed role as regional leader, arguing instead that it should strive to become a true leader by virtue of accepting its responsibility for past crimes, and by prosecuting the perpetrators within its reach and paying respects to all victims.  These members of civil society emphatically remind us of the sufferings of the other nations, and resolutely demand that the truth be made known and the perpetrators punished, documenting each and every victim and missing person, so that their names will someday be read out loud with the respect they deserve before a regional truth commission, and perhaps even etched into the marble of some new monument erected to commemorate the sufferings of all the victims.

In the past, such initiatives would often be met with understanding abroad, but lacked the proper approach to bring about a comprehensive coming to terms with the past.  It would seem that this kind of support is more precious today than ever before, despite the fact that it largely depends on scoring enough points on some bureaucratic stat sheet.  Serbia is sliding into impunity and oblivion of its own and all other victims.  The notion that 20 years is ample time to address the legacies of the region’s violent past, and that punishing the occasional perpetrator is enough to fulfill the purpose of reconciliation, creates the illusion that maintaining peace is all that is needed for a shared future.  We now know that this is not the case; and our visitor could easily come to the conclusion that no one should even bother visiting this place, as no one knows when – not if – they will awaken to the sight of new checkpoints, prison camps or mass graves in their neighbourhoods and another  hundred thousand innocent lives lost.