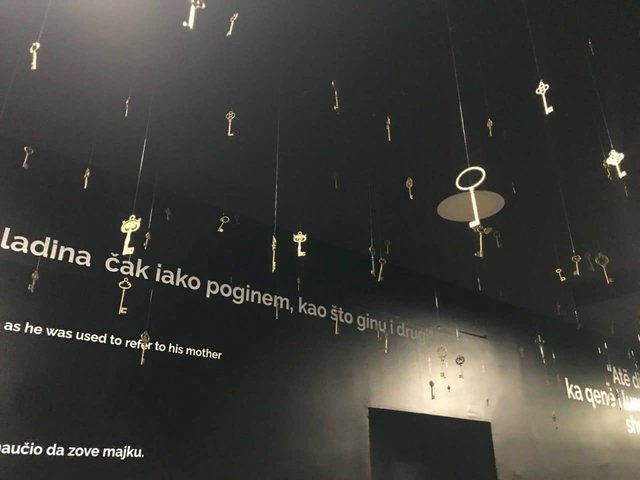 An exhibition of photographs about wartime missing persons’ families has been installed in a main corridor of the Kosovo Assembly – an attempt to influence lawmakers to do more to resolve the fate of those who disappeared.

Kushtrim Koliqi, a Pristina-based artist and human rights activist, told BIRN that he hopes that the new exhibition entitled ‘Living with the Memories of the Missing’ will have an impact on lawmakers after it was installed in a main corridor of the parliament building.

The exhibition features photographs by Atdhe Mulla, who also works for BIRN, showing the everyday life of the families of people who have been missing since the war in 1998-99 in Kosovo.

“This is a scream, [and I am] hoping that its echo will go into the ears and hearts of those making decisions here [in the parliament building], because for the families of the missing, the war has not ended yet,” Koliqi said.

This exhibition, which will be on display in the Kosovo Assembly until April 30, also includes quotes from the missing persons and reminiscences about their lives.

A total of 1,653 keys – one for each person who is still missing – have also been hung throughout the corridor.

The exhibition was opened on Friday evening to mark the 11th anniversary of Kosovo’s independence, while highlighting that there are families who still can’t celebrate, the organisers said.