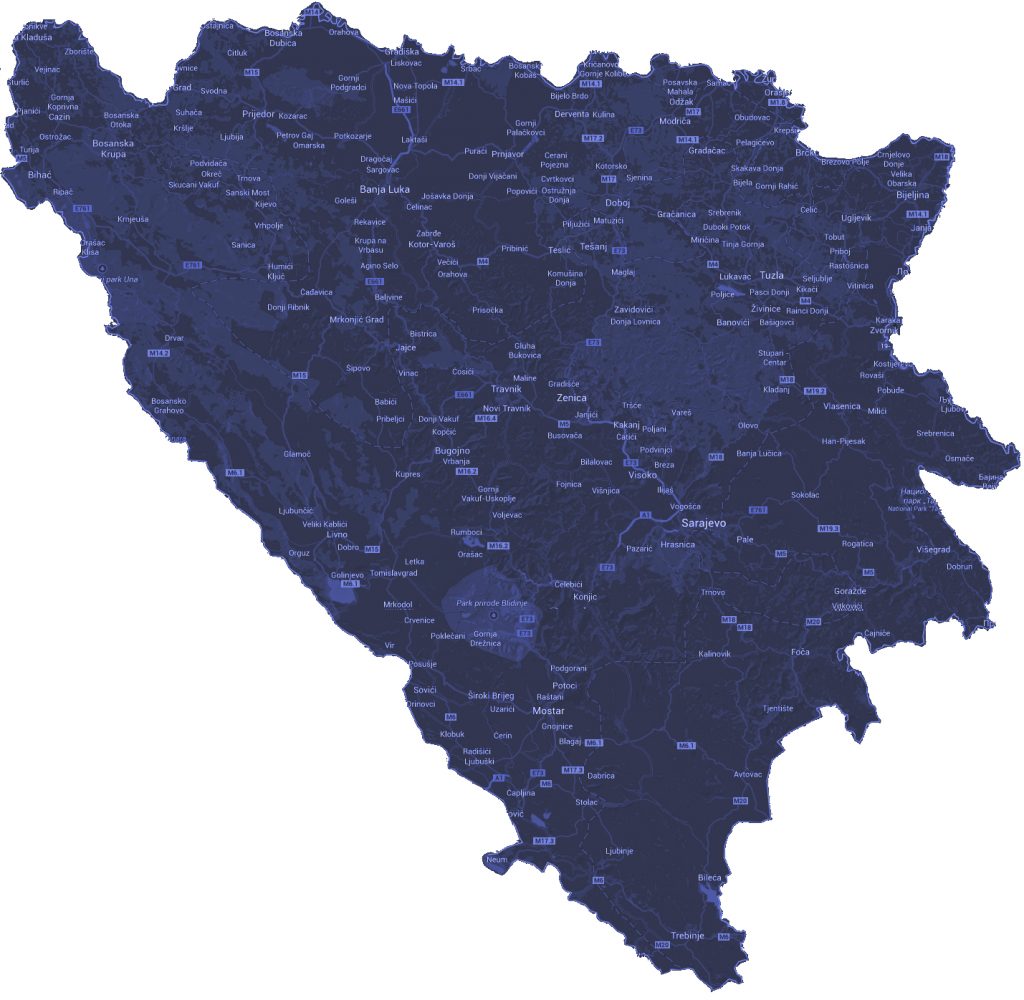 The Association Transitional Justice, Accountability and Memory (TPOS) from Sarajevo and the Center for Democracy and Transitional Justice (CDTP) from Banja Luka, conducted a joint project of documenting camps and other detention facilities in BH. The aim of the project is to identify and document all detention centers, where prisoners of war and civilians were held, as well as to compile a list of names of prisoners who were killed or died from forced labor, were subjected to torture or inhumane treatment.

In 2014, TPOS and CDTP documented 150 camps and detention facilities in which about 30,000 people were detained and about 5,000 of them killed. For the camps and other facilities explored and documented so far, profiles were set up and are available in the project’s online presentation.

The facts cited in the camp profiles are based on transcripts, evidence documents, witness statements and court proceedings before the ICTY, the courts in BH, Serbia, Croatia and Germany. In addition, the research used books, publications, reports and other documents, as well as media reports from The Hague, Bosnia and Herzegovina, Serbia and Croatia. In their research during 2014, TPOS and CDTP took 115 statements from inmates.

As members of the Coalition for RECOM, using their professional capacity, and thanks to the significant number of established and court adjudicated facts and relevant data from other sources, TPOS and CDTP are trying to directly contribute to the realization of the mandate of RECOM, the establishment of which has been advocated for by over 2,000 civil society organizations from the region of the former Yugoslavia.