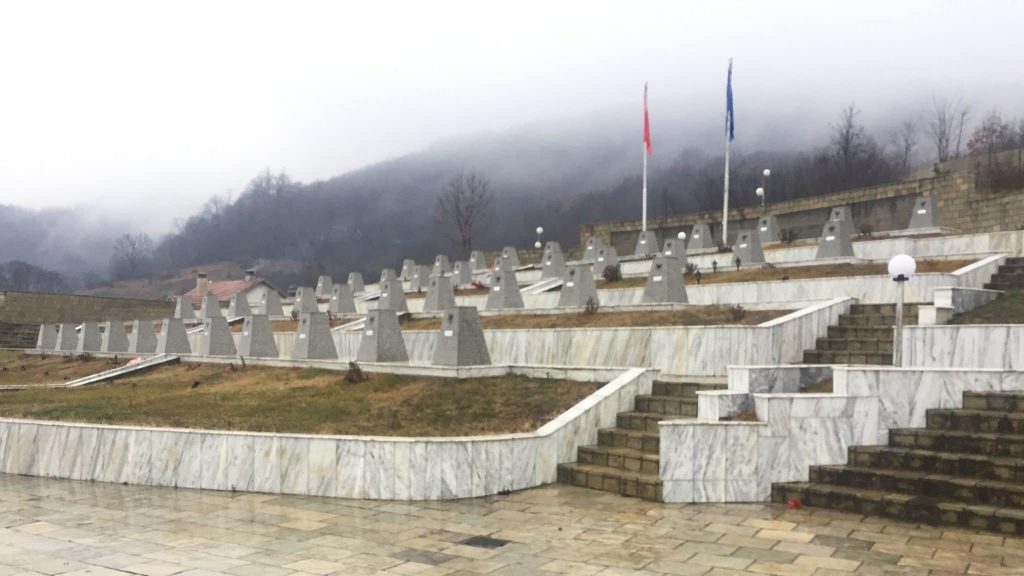 Ahead of the anniversary of the killings of 45 Kosovo Albanians in Recak/Racak in 1999 – a massacre that helped motivate NATO’s bombing of Yugoslavia – the son of a woman shot that day explains how her body was never found.

It was a cold morning on January 15, 1999, and Sahide Metushi was in her kitchen cooking breakfast for her family when Serbian forces entered the village of Recak/Racak in western Kosovo.

After hearing the first gunshots, she and her husband Haki told the younger members of the family to run away to safety across the stream or into the nearby forest. Sahide and Haki remained in the house until the sound of gunfire came closer.

“When they left the house, they saw that our neighbour Danush had been decapitated,” their son Hasan Metushi told BIRN in an interview at his house in Recak/Racak.

“My mother continued to walk through the village’s main street, hoping that she would get away because she was an old woman, while my father and an uncle were captured by Serb forces and taken up to the hill with their hands behind their heads,” he said.

His mother Sahide, who was 61 at the time, tried to get to her husband’s cousins’ house, but she was shot as she walked up the road. Wounded, she remained in the street for almost an hour.

“Some people who were hiding in the basement of a house saw her sitting on the roadside after being shot. It isn’t known where she was shot, they only saw she was bleeding,” Hasan Metushi said.

One woman made an attempt to get Sahide inside her house, but when she went out into the street, she saw Serbian forces approaching.

Later that day, Sahide’s husband Haki, then 62, along with his younger brothers Sabri and Arif and 41 other villagers, were found slaughtered, their bodies scattered on a hillside and heaped together in a gully above Recak/Racak.

After night fell, Hasan Metushi, who was a member of the Kosovo Liberation Army, KLA at the time, went up to the top of the hill with a group of other relatives.

“I saw the bodies of my father, my uncles and others,” he recalled. “They were close to each other and they had been executed at close range. Some of their eyes had been gouged out or their heads smashed. For a moment I felt like it was a dream. I remember I couldn’t stand up…”

Down in the village, people who had been hiding in their basement had seen Serbian police shooting his mother Sahide: “When [Serbian forces] saw she was alive, they shot at her,” he said. “Then they put her body in a black bag and put it in a car.”

‘I hope the children will survive’

Twenty-two years later, at the Metushi family house in Recak/Racak, the memories of that day remain fresh. Hasan Metushi, who is now a health worker in the nearby small town of Shtime/Stimlje, recalled how, a week before the massacre, his mother had cried as she expressed her fears about the ongoing conflict.

“I remember she said: ‘It is war and we don’t know what will happen. Whatever, I hope the children will survive,’” he recalled.

The deaths in Recak/Racak sparked international headlines when US diplomat William Walker, who was the head of the OSCE Kosovo Verification Mission, which had been deployed to monitor a tenuous ceasefire in the war between the Yugoslav Army, Serbian police and the ethnic Albanian rebels of the KLA, visited the village the day afterwards.

Walker described the killings “as a massacre and crime against humanity”, while BBC correspondent Jacky Rowland, who also visited the scene, described how she saw “a twisted mass of bodies”. The UN Security Council and US President Bill Clinton voiced strong condemnation.

The deaths of the 45 ethnic Albanian villagers came in the wake of the killings of four Serbian policemen by the KLA. Yugoslav President Slobodan Milosevic’s government claimed that the victims of the attack on Recak/Racak were either KLA soldiers killed in combat, or civilians caught in the crossfire.

But on January 17, 1999, the Washington Post published excerpts from telephone conversations between Serbian Interior Ministry general Sreten Lukic and Yugoslav Deputy Prime Minister Nikola Sainovic, who clearly ordered government security forces to “go in heavy” in Recak/Racak. The two officials also discussed ways in which the killings might be covered up to avoid international condemnation.

A pathologist who investigated the incident for the Yugoslav authorities insisted that there was no massacre and claimed that “not a single body bears any sign of execution”. But the head of a Finnish team that investigated on behalf of the EU said that those who died were unarmed victims of a crime against humanity.

The Recak/Racak massacre provoked a shift in Western policy towards Kosovo and became a turning point in the conflict between Milosevic’s troops and police forces and the KLA guerrillas who were fighting for independence. It became an important factor in NATO’s decision to launch air strikes on Yugoslavia two months later to force Milosevic to pull his troops out of Kosovo.

The massacre has continued to cause recriminations between Kosovo and Serbia ever since. In 2019, Serbian President Aleksandar Vucic accused US diplomat Walker of faking the massacre.

Vucic claimed that it “was all fabricated by that global fraudster, scammer and swindler, Walker”. His comments came after a Pristina court convicted Kosovo Serb MP Ivan Todosijevic of incitement to ethnic, racial or religious intolerance for claiming that the massacre was staged.

In 2017, Kosovo officials honoured Walker by installing a statue of the US diplomat in Recak/Racak.

No one has been jailed for their involvement in the massacre. In 2001, Zoran Stojanovic, a Serb police officer in Shtime/Stimlje, was sentenced to 15 years by United Nations judges in Kosovo. But the following years he was cleared on appeal because of a lack of evidence and released.

‘Her body had been taken’

Meanwhile the body of Sahide Metushi, the only woman among the 45 victims of the massacre, has never been found.

The Metushi family split up to hide during the attack in January 1999 and it was only on the third day after the massacre that they realised that Sahide had gone missing.

“We started to search the wells of the village. Dozens of wells were checked overnight during the search. Later we understood her body had been taken,” her son Hasan Metushi said.

At a memorial complex in the village where the victims of the attack are buried, Sahide Metushi’s grave lies empty. Her family have left it open for years in the hope that they could one day bury her remains.

Now that hope has evaporated, said Hasan Metushi: “We have decided to close up the grave. At the same time, we have closed the chapter of hoping to find her remains and of hoping for justice.”