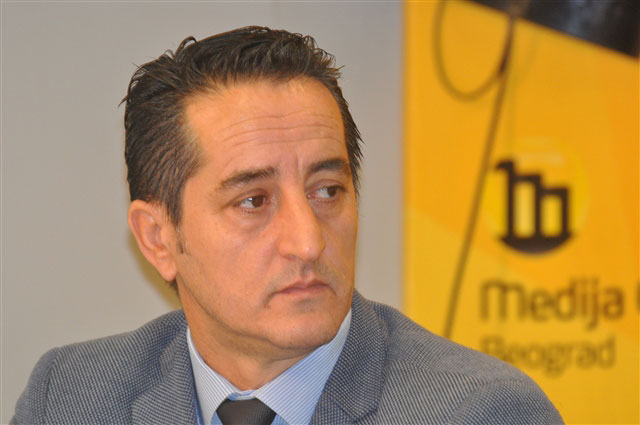 Aidan Hehir joins JiC once again with this interview of Bekim Blakaj on the trials and tribulations facing Transitional Justice in Kosovo. Aidan is a Reader in International Relations at the University of Westminster. He has previously written for JiC on the new Kosovo hybrid tribunal.

While academics, NGOs and governments have repeatedly extolled the virtues of reconciliation and transitional justice, actually implementing policies and procedures has often proved very challenging; this has been particularly the case in the former Yugoslavia. The International Criminal Tribunal for the former Yugoslavia (ICTY) was established to prosecute those responsible for the horrific carnage and violence which engulfed Yugoslavia in the early 1990s. In tandem with this juridical approach to dealing with the internecine violence which scared the region, various transitional justice initiatives aimed at fostering inter-community reconciliation were also launched, the most notable being the regional commission for the establishment of facts about war crimes and other serious violations of human rights, known as RECOM.

Yet, the reluctance of Yugoslavia’s various successor state governments to engage with, and support, RECOM’s efforts, coupled with societal apathy – and at times open hostility – towards the very idea of reconciliation and accountability, have contrived to undermine the organization’s work. In spite of the various obstacles they face and their limited achievements to date, transitional justice organisations aimed at promoting reconciliation continue their work throughout the former Yugoslavia; once such organisation linked to RECOM is the Humanitarian Law Centre Kosovo.

Since its establishment in 1997, The Humanitarian Law Centre Kosovo has collected an impressive amount of detailed data on people killed, displaced and still missing in Kosovo. The organization is in the process of making this data available online, and has to date published a number of  studies reflecting on past violence, including a “Memory Book”. While the majority of the victims of violence in Kosovo were Albanians targeted by Serbian forces, the organisation has also sought to highlight the plight of the minority communities who were targeted in particular after the conclusion of NATO’s intervention which routed Serbian forces in June 1999. In keeping with the broader trend relating to RECOM’s work, his aspect of The Humanitarian Law Centre Kosovo’s work has received little governmental support and frequently encountered opposition from within Kosovo’s majority Albanian population.

Efforts to deal with past violence in Kosovo have received renewed importance in recent years with the establishment of the “Kosovo Specialist Chambers”. Based in The Hague, this hybrid tribunal is mandated to prosecute crimes allegedly committed by the Kosovo Liberation Army (KLA) between 1998 and 2000. While the new court has yet to issue any indictments, it has already stoked controversy and hostility amongst the Albanian population; the KLA are widely perceived as heroes in Kosovo, and the official narrative promoted since NATO’s intervention has, unsurprisingly, presented the Serbs as the aggressors. By challenging this narrative, the Specialist Chambers run the risk of generating both societal discontent and instability in Kosovo, a country already reelingfrom persistent misrule, a contested international status, and deep economic malaise.

How does your organisation work and what are your key objectives?

We are not funded by any government as we want to avoid any potential for governments to influence our agenda and our work. This also helps our credibility with the non-Albanian communities in Kosovo. In the past, other organisations that engaged in this work, here and elsewhere in the region, were supported by governments and they tended to become biased.

Essentially, we want Albanians to have empathy with Serb victims, and we have previously achieved this. There have been eleven forums on transitional justice held across the former Yugoslavia, including here in Kosovo. Each one had public hearings; half-day sessions which involved the victims talking in front of over 400 people. Of course, it was often hard to organise; people were fearful of the reactions they would get. Naturally, Serbs were worried about speaking in Pristina. But nonetheless, in October 2008, it went ahead and it was amazing. People supported the victims and many cried. When they are face to face, human beings have empathy with victims whoever they are.

In this sense, any attempts to establish “facts” about the past are likely to cause controversy; have there been any negative reactions to your work?

We did have some bad experiences. Associations of the families of the missing were set up after the war. Unfortunately, some of these became political and many were not staffed by people with relatives who were actually missing. They were not interested in our project and were more one-sided. Also, in general these initiatives are difficult to undertake as participants and organisers are often seen as “traitors” by both sides.

RECOM was established in 2005 by Nataša Kandić from the Humanitarian Law Center (Belgrade) and Vesna Teršelić from Documenta (Zagreb); the organisation sought to promote reconciliation by uniting like-minded civil society actors throughout the former Yugoslavia such as your own. How successful do you think RECOM has been?

It has been difficult because certain states don’t want to engage with the initiative. For example, Croatia doesn’t tend to support initiatives based around events in “the former-Yugoslavia”; it wants to distance itself from the Balkans. Likewise, in Slovenia there has been little support in Slovenia for our efforts; there were very few war crimes as such there but thousands of citizens were erased from the public record after the war. This was because they were of a different ethnic origin and had left Slovenia after it became independent. Because they were erased from the record they could not access their pensions and other civic rights.

One of RECOM’s activities was a campaign to collect one million signatures supporting the establishment of a Commission to examine the 1991-2001 period so as to determine a common narrative about what happened then. Without this, it’s easy to create myths, and these have a damaging effect on society and stability in the region. The idea was that a common narrative could be included in history school books across the former Yugoslavia. This would have been unique in that the Commission would cover seven countries. We didn’t use the word “truth” but rather we spoke about facts, and we did not support giving any amnesties. The idea was to hold public hearings and to record and broadcast them like they did in the Democratic Republic of the Congo and South Africa. There were targets issued for each of the former Yugoslavia states. While in some states the target was reached, such as in Kosovo where over 100,000 signatures were collected, in other states not enough signatures were collected.

How do you think people in Kosovo feel about the new Specialist Chambers?

The Specialist Chambers are not supported by most of the Albanian community because they consider it to be biased and unfair. There is a feeling that it should not just be focused on the wrong-doings of the Albanians during the war. It’s not just the general public either; many lawyers, politicians, and academics have spoken against it, particularly about ow it was established, and they have spread speculation and rumors. Of course, we all know that the court could not have been established if it was not for the pressure exercised by the US on the Kosovo parliament.

Even those who have spoken in support of it often do so for the wrong reasons; they say it will help to clean up Kosovo’s political scene by removing some of the main politicians from their positions. But this is the wrong reason to support the court; such people are not thinking about the victims, or about justice, which is a shame. Yet, our Albanian society will have to face up to what happened, and this is a good thing in the long term. Obviously there has never been a clean war; such a thing doesn’t exist and it’s stupid to talk about it. Personally, I don’t think that because of the Specialist Chambers the KLA will suddenly be seen as a criminal organisation. Individuals will be seen as criminals, and there is a difference. Beyond the Specialist Chambers, we believe it is necessary to establish a permanent court here in Kosovo to look into these crimes. These special chambers will last maybe 5-10 years but it cannot look at everything that happened. We need a permanent court that can spend the next forty years examining these events.

Has the government done enough to explain the court?

No. There is a very bad deficit of understanding amongst the public and also amongst experts. The basic principles of transitional justice have not been explained to our people. There has also been a lack of legal assistance between Serbia and Kosovo. In fact, both sides say that the perpetrators are on the other side of the border and that they therefore can’t do anything. But of course they could if they cooperated. There is no cooperation between the two governments; we need to establish cooperation agreements between the prosecutors in Pristina and Belgrade. The dialogue between Kosovo and Serbia that takes place in Brussels does not address the issue of missing persons or the crimes committed. There is no political will to resolve these issues at these higher levels.

Both the United Nations Mission in Kosovo (UNMIK) and the NATO Kosovo Force  (KFOR) were formally in charge of Kosovo from June 1999 onwards; do they bear any responsibility for what happened to the minority communities after NATO’s intervention?

Some Albanian nationalists claim that because KFOR and UNMIK were in charge, it’s their fault as they should have stopped the violence. There were rumours that certain things happened, that criminality was ignored. In general, I guess there is some truth to these claims about KFOR and UNMIK’s responsibility, but I don’t think there is any real evidence that they were involved directly. I know of no case where UNMIK encouraged crimes. Also, I don’t think there is any kind of mechanisms in place to put responsibility on KFOR and UNMIK. Perhaps there should be, but the court does not have that jurisdiction.

Some people have claimed that the Specialist Chambers will not prosecute those main leaders of the KLA who have gone onto to become politically powerful in Kosovo; do you agree?

It is a good thing that we don’t know. The Special Chambers has learned the lesson of the ICTY and not revealed the names of any potential indictees. To do so would allow people to determine who might be called as a witnesses and of course then engage in intimidation. That is one of the reasons the Ramush Haradinaj case at the ICTY collapsed. Witnesses simply refused to testify. The Special Chambers will be a complete failure if there have been any deals made to allow certain people to escape prosecution; this would be against the principles of justice. Nobody should be allowed to escape.