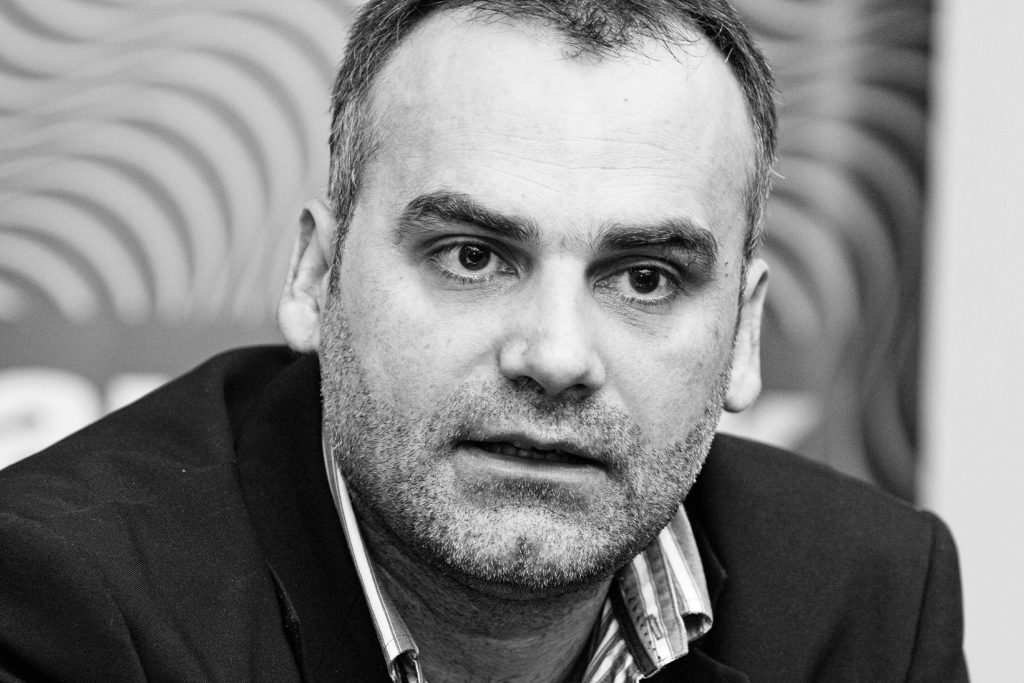 In the documentary titled “Artist’s View of the Past” by Dino Mustafić, the director conducts a research into the position one should take in relation to the recent past, which has brought about so much suffering to all. In the search for the answer to this question, famous artists from the territory of the former Yugoslavia share their private memories, recollections, and hopes for the future. The people, who speak in the film are, as follows: from Slovenia, musician and the lead vocalist of the “Lačni Franz” band, Zoran Predin, and actor Jernej Šugman; from Croatia, actresses Mira Furlan, Alma Prica, and Nina Violić; from Bosnia, director Nenad Dizdarević; from Belgrade, actor Branko Cvejić, actress Anita Mančić and poet Radmila Lazić; from Montenegro, actor and a professor at the Faculty of Dramatic Arts in Cetinje, Branimir Popović, and director and pedagogue, Branko Baletić; then, one of the leading intellectuals from Kosovo, Shkelzen Maliqi, a playwright from Kosovo, Jeton Neziraj, and actor Enver Petrovci; and from Macedonia, the leading actor of the Macedonian National Theatre, Nikola Ristanovski, and the writer and actor, Meto Jovanovski.

The film was produced by the Coalition for RECOM, and screen at the ZagrebDox Film Festival in 2013.