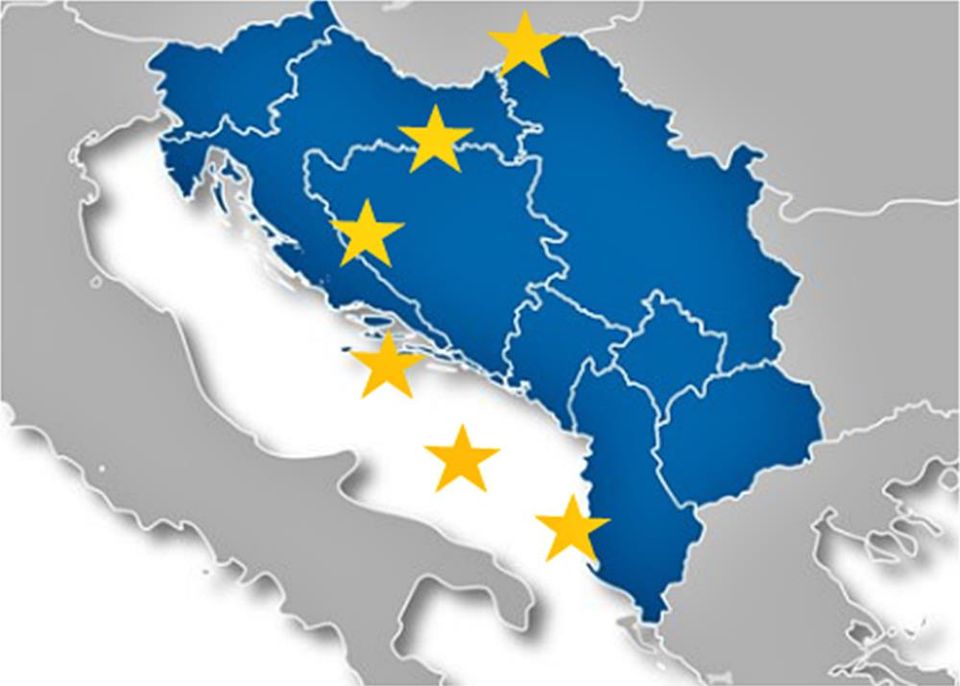 On Wednesday, March 10, 2021, CROSOL – Platform for International Civil Solidarity of Croatia and Documenta – Center for Dealing with the Past, have organized an online discussion “Dealing with the Past and Transitional Justice in the Western Balkans”. The discussion is follow up of the Declaration of over 90 Western Balkan civil society organizations entitled “With or without the European Union?” adopted in May 2020 during the Zagreb summit held within the Croatian Presidency of the Council of the EU.

The discussion was moderated by the head of Documenta Vesna Teršelič.

Nerzuk Ćurak, a professor at the Faculty of Political Sciences at the University of Sarajevo, pointed out that the irresponsible culture of remembrance in BiH, but also in other countries in the post-Yugoslav area, produces new narratives of hostility. It is therefore necessary to put constant pressure on institutions and insist on a responsible culture of remembrance, because the culture of denial, as the ruling political paradigm, blocks the cultural, political and economic development of the region.

In his opinion, in today’s socio-political circumstances, the establishment of a court such as the International Criminal Tribunal for the Former Yugoslavia in The Hague would not be possible, which makes its significance and legacy even more significant. He reminded that the legal mandate of this court was not reconciliation, although it was one of the desired outcomes of its work. However, ICTY verdicts have not changed attitudes towards war criminals in the region, so an “external factor” is still needed to address domestic issues related to transitional justice and war crimes, and civil society efforts and outcomes remain neglected and insufficiently supported by state institutions. Even when the support seems to exist, it quickly becomes clear that it is only declarative, which was most evident in the example of the support of the presidents of the former Yugoslav republics for the RECOM initiative, which was withdrawn very soon after signing.

Tea Gorjanc Prelević, Executive Director of the Human Rights Action in Podgorica, spoke about the importance of prosecuting war crimes, remaining one of the conditions the Western Balkans need to fulfil for gaining candidate status and joining the European Union.

In her opinion, BiH, unlike Montenegro, has made a big step in prosecuting war crimes and thus deserves candidate status. She pointed out that reconciliation in the Western Balkans is an important topic in a context wider than the wars of the 1990s, recalling the problems in the relations between Bulgaria and Northern Macedonia. The prosecution of war crimes is a genuine reflection of the political will and a test of the rule of law, especially for Montenegro, which faces a great challenge to ensure the reform of the judiciary after the historic change of government.

The work of the RECOM reconciliation network is important as a kind of pledge for the future, so that even when there are no more living victims and perpetrators, a credible trace is left and a legitimate, and common narrative about what happened is created.

Bekim Blakaj, Executive Director of the Humanitarian Law Center of Kosovo, the new Kosovo government’s attitude towards dialogue with Serbia and the attitude of future Prime Minister Albin Kurti, who said that dialogue is not the priority, are concerning.

Civil society in Kosovo, primarily the Humanitarian Law Center, has consistently addressed the issues of reconciliation and transitional justice and sees them as a priority. The HLC Kosovo has been monitoring all war crimes trials in Kosovo since the beginning of their prosecution. Their data show that 116 Kosovo citizens have been indicted for war crimes so far; 41 were acquitted due to lack of evidence, while another 41 were convicted and other trials are still ongoing. A major challenge in prosecuting war crimes in Kosovo is the lack of co-operation between Kosovo and Serbian prosecutors’ offices, as well as the problem of revealing identities and intimidating witnesses, who often refuse to testify.

Speaking about the attitude towards dealing with the past, Marko Milosaljević, program coordinator of the Youth Initiative for Human Rights in Serbia, stated that according to research conducted by that organization, a large percentage of the Serbian population has little or no knowledge of war crimes committed in the 1990s. He points out the culture of denial, but also the instrumentalization of victims for daily political purposes and the unresolved status of civilian victims of war as the main issues, while he sees an inclusive culture of remembrance, pressure on institutions and education as main aspects of the solution.

Saša Petejan, a curator and journalist from Slovenia, expressed disappointment and regret that Slovenia has not joined the processes of reconciliation and dealing with the past in a more active and vigorous way. Although she sees positive changes when it comes to this, especially in education, she points out that the process of denazification in Slovenia has never ended and that Slovenia is yet to face the problem of the “erased” – citizens of SFRY who originated from other Yugoslav republics and who, after the declaration of Slovenia’s independence, lost all rights in that country overnight – as a war crime.