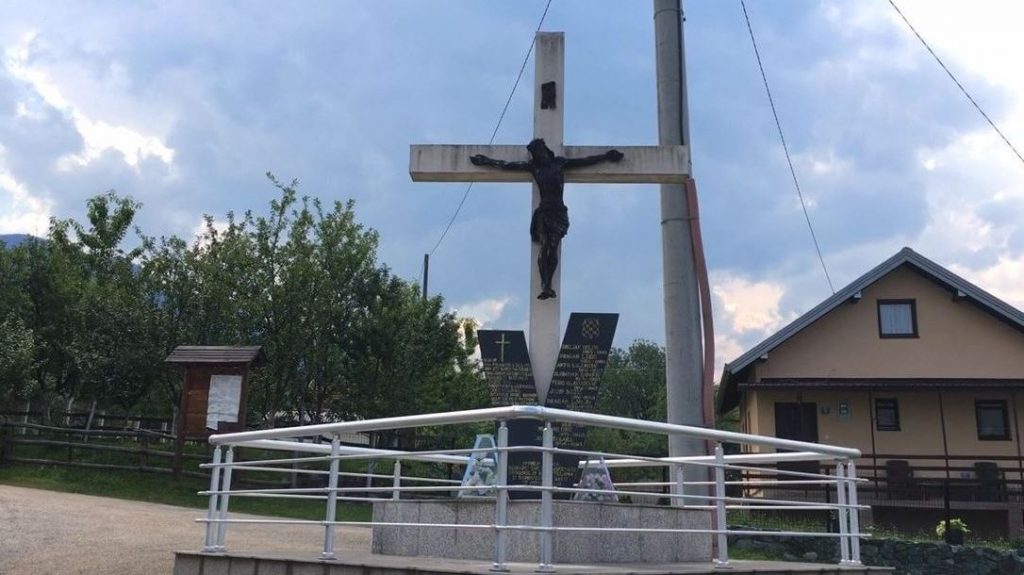 The families of two men who were killed while fleeing their homes during the Bosnian war in 1993 have appealed to prosecutors many times to find the killers – but as the years pass and witnesses become fewer, they are losing hope.

Pero Glavocevic was last seen alive by his sons Ljuban and Nedeljko 27 years ago.

The Glavocevic family were among the residents of the village of Tjesilo in central Bosnia who fled their homes on the night of July 3-4, 1993, fearing attack by the Bosnian Army, and started to head for what they hoped would be safety in the town of Kiseljak.

“We went through the woods and down mount Matorac, where we rested, waiting for the dawn. All of a sudden my dad stood up and said: ‘I am going onwards.’ Two ladies also stood up and left with him,” Ljuban Glavocevic recalled.

“I gave him my backpack with my ammunition in it, and he had his rifle,” said Ljuban’s brother, Nedeljko Glavocevic.

“We continued our trip, thinking that he was ahead of us. However, he was not there,” Ljuban Glavocevic said.

They later learned that their father, a Croatian Defence Council fighter who was wearing a uniform when he fled from Tjesilo, had been captured by Bosnian Army troops and beaten up.

“Because we [local Croatian Defence Council fighters] had an anti-aircraft gun, they wanted to find its bolt. The gun was there, but they could not use it without the bolt. That is why they beat him up,” Nedeljko Glavocevic said.

“The man who was in charge of the gun took the bolt with him, but they beat Pero because they wanted him to tell them where it was. He did not know,” Nedeljko Glavocevic said.

When Pero Glavocevic failed to appear for a prisoner exchange between Croat-led and Bosniak-led forces, his family realised that he had been killed.

“He was slaughtered together with Pero Bozic and buried over there in the mountains,” Ljuban Glavocevic said. It took two and a half years before they could get his body returned for burial.

Dragutin Glavocevic, Pero Glavocevic’s brother, said that the two victims were forced to dig their own grave before they were killed.

Mijo Bozic, Pero Bozic’s cousin, said that he only found out about the murder of his relative after the war.

He said that Pero Bozic never joined any military force because he could not accept how the country was changing when the war broke out.

“He could not come to terms with that, and maybe it cost him his life because he was simply convinced that the path that we were on before the war, and the pre-war way of life, was the most correct way,” Bozic said.

‘Many witnesses have died’

The Glavocevic and Bozic families told BIRN that they have approached the cantonal prosecution in Travnik and the state prosecution in Sarajevo several times, asking them to solve the case as witnesses to the crime have been getting older and dying.

Bosnian state prosecution spokesperson Boris Grubesic insisted that the case has not been ignored.

“Instructions have been given to the relevant police agencies to carry out certain checks. The case is being worked on,” Grubesic said.

The first criminal report about the alleged killer of the two men was filed to the then prosecutor’s office in Vitez in November 1994, and refiled a year later, said Zvonimir Vidovic, who works at the Office for Legal Aid to War Veterans of the Croatian National Assembly, an organisation of Croat political parties in Bosnia and Herzegovina.

A request to conduct an investigation into four former Bosnian Army soldiers for implementing “an idea for an ethnically clean Fojnica” – a small city near the village where the victims came from – was also filed to the Higher Court in Travnik in 1996.