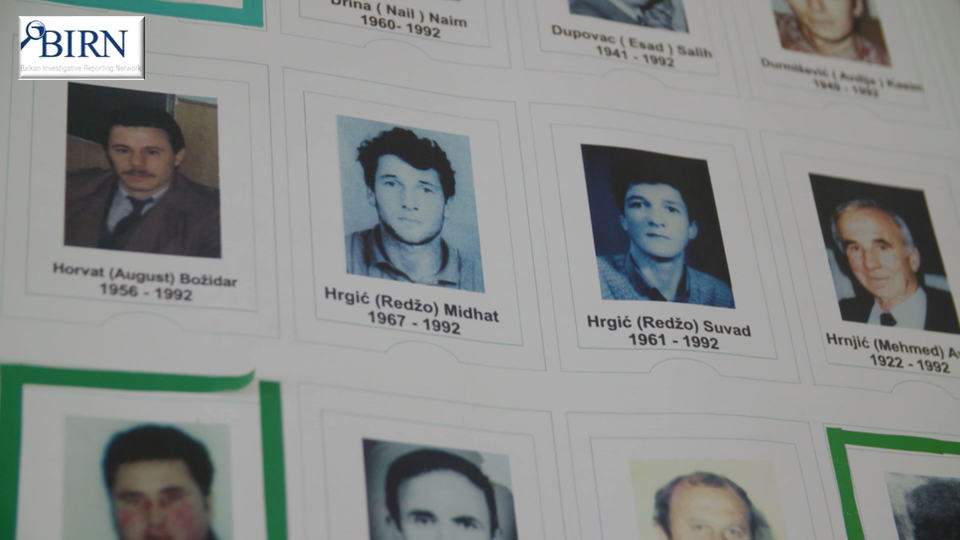 Missing persons’ relatives from Bosnia and Herzegovina, Kosovo and Serbia marked the International Day of the Disappeared by giving emotional video testimonies about loved ones who haven’t been found since they went missing during the wars of the 1990s.

As part of BIRN’s ‘If You Were Here’ campaign to raise awareness about the issue of wartime missing persons who have never been found, five people from Bosnia and Herzegovina, Kosovo and Serbia spoke about how their close relatives disappeared during the 1990s conflicts, and how efforts to find them have so far come to nothing.

The video interviews, published to mark Sunday’s International Day of the Disappeared, follow previous interviews with family members of missing persons that were published on Valentine’s Day, Father’s Day and on the 25th anniversary of the Srebrenica genocide.

According to the International Commission on Missing Persons, around 40,000 people were listed as missing right after the wars in the former Yugoslavia ended. Over 70 per cent of them have since been found, but over 11,000 individuals remain missing.

Family members of missing persons say that governments in the former Yugoslav region have not done enough to ensure justice and to establish the whereabouts of their loved ones’ remains, mainly due to the lack of cooperation between neighbouring countries.

Hatidza Mehmedic from Bosnia and Herzegovina has been waiting for news of her brothers Suvad and Midhat Hrgic since 1992, when they were seized from the family home in the village of Kucice. One brother “loved to get us together and entertain us”, while the other “loved to help everyone”, she recalled. After they were imprisoned at a military barracks in Hadzici, both brothers were taken away and disappeared completely. “We lost all trace of them,” Mehmedic said.

Budimir Maslar was among the Serbs who fled Kosovo in 1999 after the war ended. He is still looking for his sister, Natalija Maslar, who insisted on staying at her home in the village of Trebovic instead of fleeing, and was never seen again. “It’s my lifelong mystery, it’s the biggest pain that I experience because I don’t know where her bones are, at least to bury her if nothing else,” he said.

Misrete Asllani still remembers the moment when she last saw her husband Feim on March 26, 1999, as armed men were taking him away. “I looked at his face for the last time when our then four-year-old girl didn’t want to let go of his hand,” she recalled. Asllani’s husband and 118 other men and boys, including his two brothers, were put in a house in the Kosovo village of Krusha e Vogel/Mala Krusa. They were then shot and the house was set on fire. His body has not been found.

Novica Buha from Sarajevo is still looking for his brother Janko Buha and son-in-law Dusan Petrovic. Both of them were taken away in June 1992, and he has never seen them since. “I searched – wherever I could discover anything, I went and asked if anyone knew where they were,” Buha said.

It was the early morning of June 28, 1999, just after the Kosovo war officially ended, when Visnja Stamenkovic had her last cup of coffee with her husband Zarko. He then took her to work at the Pristina hospital – but later that day, he did not return home from his own job. “I waited and I waited, and then I realised he had been kidnapped and disappeared,” she said. “He was gone.”