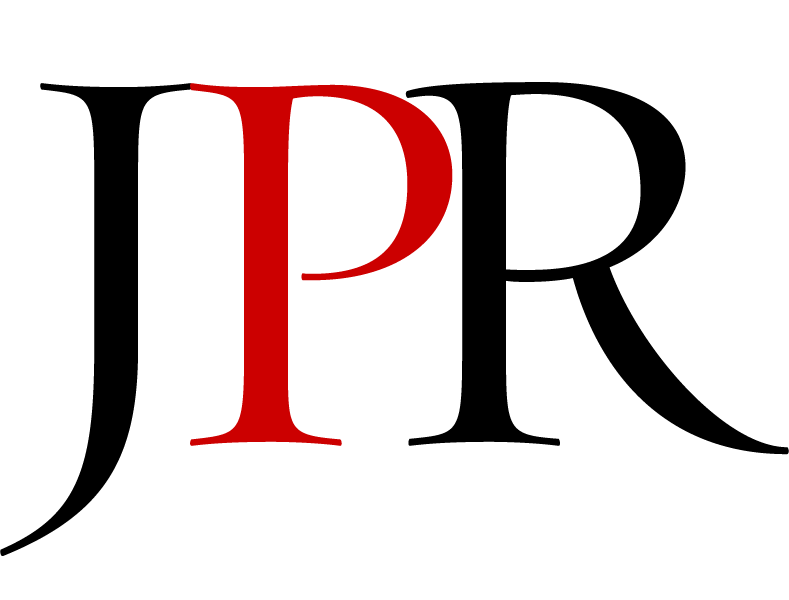 Publication Date:  2019
Publication Name:  Journal of Perpetrator Research
Abstract
This article examines media representations of two high-ranking defend-ants from Serbia indicted by the International Criminal Tribunal for the former Yugoslavia (ICTY) for war crimes in Croatia and Bosnia and Herzegovina. By drawing on a socialsemiotic multimodal analysis and by distinguishing between four types of perpetrator images (‘the politician’, ‘the strategist’, ‘the combatant’, and ‘the executioner’), the article provides a detailed analysis of the way in which visual material from the courtroomand from the war is used in television news broadcasts in order to ascribe – or not to ascribe – criminal guilt to the accused. Considering the speciﬁc culture of denial in Serbia, persistent despite of dozens of war crimes trials conducted at the ICTY and indomestic courts, the article further examines the use of visual materials in the defend-ant-centered national discourse and the victim-centered transnational discourse. The article argues that the use of visuals as exempliﬁed in the victim-centered discourseis necessary albeit not suﬃcient for triggering the process of dealing with the past.
Keywords:
TV news, war crime trials, media, atrocity videos, former-Yugoslavia, perpetrators
Introduction
The term ‘war crimes’ is generally thought to refer to atrocities legally qualified as genocide, crimes against humanity, breaches of the laws and customs of war, all of which seem
to be straightforward cases for the establishment of criminal guilt, both legally and in public discourse. Considering the gravity of the crimes and the large number of victims, often amounting to hundreds or thousands, war crimes are considered to be the most horrific atrocities committed in war, where only exceptional cases are prosecuted. Indeed, waging a war while abstaining from systematic, planned and continuous mass murders of civilians and prisoners of war, or from the systematic expulsion of civilians and the deliberate targeting of civilian objects is not considered illegal. Operating on the basis of such a restrictive concept of war crimes, reserved only for cases of extreme brutality, the ascription of criminal guilt to the planners and commanders of such atrocities might seem unproblematic.

The war crimes trials at the International Criminal Tribunal for the former Yugoslavia (ICTY), as well as their public mediation, proved this assumption wrong. Able to prosecute only a very limited number of perpetrators, the ICTY announced as its main goal to targetthe high-ranking oﬃcials, those considered most responsible for thecrimes committed in wars in Croatia, Bosnia and Herzegovina (BiH)and Kosovo. Serbia, while oﬃcially not taking part in the wars inCroatia and BiH, nonetheless provided political support, volunteers,weaponry, logistics, and ﬁnances for waging these wars. Despite international sanctions, Serbia (as part of Federal Republic of Yugosla-via), continued to support the war eﬀorts of the new political entities Republika Srpska Krajina in Croatia and Republika Srpska in Bosnia. Tecrimes committed by forces of these entities — army and territorial defence, but also by members of the Yugoslav People’s Army (YPA), para-military and volunteer troops from Serbia — included the two monthslong siege of Vukovar and the surrounding villages, the mass murderof prisoners of war and civilians in Ovčara near Vukovar, sniper at-tacks, numerous shelling assaults during the siege of Sarajevo, ethnic cleansing, deportations, the organization of concentration camps, andmass rapes and murders in eastern and north-western Bosnia in 1992.Tese systematic war crimes ended with the genocide in Srebrenica in July 1995, where more than 8000 Bosniaks were murdered. For the war crimes in Bosnia and Herzegovina and Croatia, the highest ranking accused from Serbia included president Slobodan Milošević, the Chief of the General Staﬀ of the Yugoslav People’s Army Momčilo Perišić,the chief of the secret service Jovica Stanišić, and intelligence oﬃcer Franko Simatović*. After Slobodan Milošević’s death in Scheveningen prison during the trial, the only cases in which the criminal responsibility of high-ranking oﬃcials of the Serbian state could have been proven, establishing the complicity of the state in the commission of these crimes, were the Perišić and Stanišić and Simatović trials. A conviction in the Perišić and Stanišić cases would have conﬁrmed the Prosecution’s claim that the wars in Croatia and Bosnia were waged from Serbia, politically conceptualized by Milošević and his collaborators as well as heading institutions like the army and the ministry of the interior. In addition, by identifying and convicting leading state officials, these judgments could have challenged the widespread denial in Serbia. Finally, because of the large number of atrocities in the indictment, these two cases might have been an incentive for the media to use archival footage from the war when reporting on the trials.Nevertheless, there is a consensus among scholars that the ICTY trials did not lead to a wide acknowledgement of responsibility or to a process of coming to terms with the past in Serbia. Sabrina Ramet, for example, holds that Serbian society is still locked in denial*, an outcome, according to Jelena Subotić, of the political elite’s ‘hijacking transitional justice’.* Although there were several moments when the Serbian society was confronted with the crimes, according to Eric Gordy, they failed to have a lasting impact.4 Despite of hundreds of trials, the vast majority of the Serbian population perceives the Tribunal as ethnically biased, expressing little trust in the trials and their outcomes.* Against this background, the present study focuses on the Perišić case and the Stanišić and Simatović case, as they exemplify the specific problems and predicaments of media representations of such trials in nationalist, defendant-centered media reporting on the one hand, and in transnational reporting on the other.

Momčilo Perišić, the Chief of the General Staff of the Yugoslav People’s Army from 1993 till 1998, was accused of aiding and abetting murder, inhumane acts, attacks and persecutions of civilians in Sarajevo and Srebrenica, crimes against humanity, and violations of the laws and customs of war.* He was also accused as a superior under command responsibility for failing to punish the crimes of the Army of Republika Srpska Krajina during the shelling of Zagreb, including the murder, injuring and wounding of civilians as crimes against humanity. The trial started in 2008, and the trial chamber sentenced Perišić to 27 years in prison in September 2011.* The Appeal Chamber acquitted Perišić on all counts in February 2013, stating that Perišić was supporting a general war effort, rather than committing war crimes. Judges concluded that ‘no conviction for aiding and abetting may be entered if the element of specific direction is not established beyond reasonable doubt’.* Similarly, in relation to the conviction for superior responsibility, the Appeals Chamber didn’t find evidence supporting the effective control of the Yugoslav army Chief of Staff over the Republika Srpska Krajina forces during the time of the Zagreb shelling.

Jovica Stanišić was head of the State Security Service of the Ministry of Internal Affairs of the Republic of Serbia from 1991 to 1998, while his associate, Franko Simatović, was employed in the Second administration of the secret service. They were arrested during the state of emergency declared after the assassination of Serbian Prime Minister
Zoran Đinđić in March 2003 and extradited to the Hague Tribunal. The trial started in 2009, with Stanišić and Simatović accused of having directed, organised, equipped, trained, armed and financed units of the Serbian State Security Service which murdered, persecuted and deported Croats, Bosnian Muslims, Bosnian Croats and other non-Serb civilians from Bosnia and Herzegovina and Croatia between 1991 and 1995.9 These units participated in a Joint Criminal Enterprise (JCE), with the aim of permanently removing non-Serbs from large areas in Croatia and Bosnia. The prosecution also alleged that Stanišić and Simatović had set up, trained and later deployed special units of the Serbian State Security Service like the Red Berets, the Scorpions, Arkan’s Tigers, Martić’s Police, the militia of the so-called Serbian Autonomous District of Slavonia, Baranja and Western Srem, and Special Operation Units and anti-terrorist units of the Yugoslav People’s Army.* These units committed a number of crimes throughout the wars in Bosnia and Croatia. They were also charged of persecutions, murder, deportations and forcible transfer of civilians in Bijeljina, Doboj, Sanski Most, and Zvornik in Bosnia and Herzegovina. Finally, they were accused of the murder of six Bosniaks captured after the fall of Srebrenica, committed and videotaped by members of the Scorpions special unit.11 After the acquittal by the Trial Chamber in May 2013, the Appeal Chamber ordered a retrial which is still ongoing at the International Residual Mechanism for Criminal Tribunals.

The overturn of the conviction to an acquittal in the Perišić case and the acquittal in retrial in the Stanišić and Simatović case are taken as a reminder that establishing the criminal guilt of high-ranking officials in the courtroom is a challenging task for the courts, but it also provides an opportunity to examine whether and in how far the visual representation of criminal guilt changes in accordance to the ICTY sentencing. The article proceeds as follows: after giving an account of the broader literature on the mediation of the trials in general and their visual representations in particular, a short overview of the methodology is provided, followed by the analysis part, divided into three sections: (i) sequences showing the accused in the courtroom; (ii) sequences showing the accused as a high-ranking official, and (iii) sequences showing the accused as war criminal.

*Four Yugoslav army officers were also convicted – Miodrag Jokić and Pavle Strugar for crimescommitted during the operations around Dubrovnik, and Mile Mrkšić and Veselin Šljivančanin for crimes committed after the fall of Vukovar. The case of Vojislav Šešelj, who was acquitted by the Trial Chamber and later convicted to 10 years of prison on appeal, is not included, as his obstructive and eccentric behavior in the court created a sui generis case in terms of media presentation.

*Eric Gordy, Guilt, Responsibility, and Denial: The Past at Stake in Post-Milošević Serbia (Philadelphia:University of Pennsylvania Press, 2013).