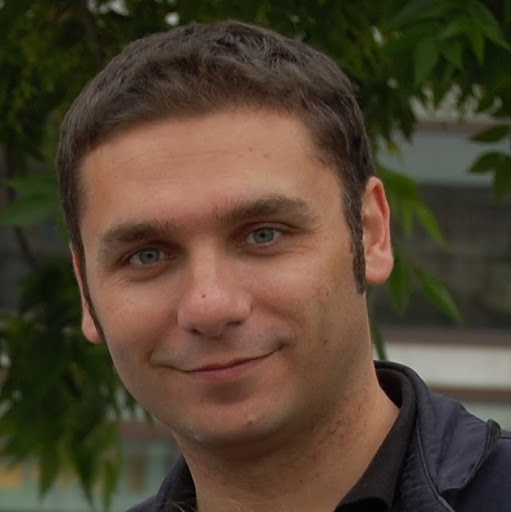 This is not about  scores of crimes proceedings, or dozens of individuals or groups – but  eight individuals. So if it is verified conclusively that the Special Court is being established only for  proceedings against  these eight individuals, the question is: Who are these eight supermen to whom no court created so far could  do anything, knowing that in Kosovo even the Prime Minister currently in office was arrested on charges of war crimes by The Hague Tribunal? Experiments continue…

With the approval of the European Union Council budget for the initial support of the Special Court chambers to the sum of approximately 29 million euros, the  first tangible step towards the establishment of a contradictory Court has been recorded.

After  unprecedented international pressure and a further debate based more on the  desires of individuals or political parties than on the substance of the matter (the ourt… will not deal with inter-Albanian postwar political assassinations), the Assembly of Kosovo voted last summer for its establishment.

It remains to begin the process of the selection of judges for the Special Court, after the closing of the vacancy for administrative staff in May.

Does this mean that  justice  will be dealing conclusively with the ‘’last link’’ – the alleged crimes of  former KLA members  against members of minority communities in the period between the years 1998-2000?!

Once the work has started,will  justice once and for all be delivered for war victims in the territories of the former Yugoslavia?

Applause! This would be desirable. Unfortunately, I am deeply convinced that this episode will only make more utopian the idea of punishing the guilty.

Reason: The Special Court is a narrative already to be observed in the ICTY, UNMIK, EULEX and  Kosovo judiciaries.

After much speculation, information from reliable international sources close to the flow, reveal that it will not be a matter of scores of crimes proceedings, or dozens of individuals or groups – but about eight individuals.

So if this  definitely turns out to be the case, it means that the fate of justice in former Yugoslavia will be related with the judicial proceedings of only eight individuals.

Who are these eight supermen to whom no court created so far could not do anything, knowing that in Kosovo even the Prime Minister currently in office was arrested on charges of war crimes by The Hague Tribunal?

I believe our curiosity will soon be satisfied, but we will not necessarily be persuaded that the same individuals could not be processed by the existing courts.

But let us take it point by point. The ICTY – while also being the most expensive litigation enterprise in the last century- has failed, since it has not managed to argue by means of the facts the guilt of the head criminal of the Balkans, Slobodan Milosevic, and many other defendants  whom even the rats in the cellar know bore the responsibility for the crimes in the territory of the former Yugoslavia.

For example, with the release of  Jovica Stanisic and Franko Simatovic and Momcilo Perisic, who were declared innocent, it appears that no Serbian from Serbia  had a finger in the crimes committed in Croatia and Bosnia. Is there anyone that believes this, when these protagonists  have prided themselves for their role in the ethnic cleansing in Bosnia and the one planned in Croatia?!

The Hague Tribunal has concluded its activities without achieving the prosecution of the leading criminals, without impact on the reconciliation between thepeoples, without proving the genocides and without a sense of justice for the victims.

Furthermore, by not condemning the Serbs from Serbia, the Tribunal in a way only legalized ethnic cleansing in Bosnia.

Can’t you say that the same has happened in Kosovo, with the failure of UNMIK and EULEX in relation to war crimes – and also  post-war crimes?

Certainly in The Hague, in UNMIK and in EULEX, some of the best international judges and prosecutors have been working.

Then, which judges and prosecutors will make up the Special Chamber of the Special Court, if the existing ones have failed?

If three enterprises have already failed, why won’t the fourth, consisting as it does of the same dough?

A frequent argument is that the Albanian witnesses were threatened or frightened, or changed their initial statements in court proceedings in The Hague and Kosovo. Of course, there could be many truths here. But if  the main problem is that criminals today are free, then is there anyone who will show us how  this new court will make sure that the same or other new witnesses won’t behave in the same way?

What would be so special about  any new lawyers who may be involved in the Special Court, which would distinguish them from the international and local judges and prosecutors so far?

Another argument is that in Kosovo there are not so many Albanians being judged for war and post-war crimes as there should be. And here perhaps there may be some truth.

But until 2014, when it became clear  the Court would be formed, the Humanitarian Law Center had recorded 85 criminal proceedings in Kosovo, of which among the accused, 62 were Albanians and 22 Serbs. If one looks at the proportionality of ethnic victims in the war war, it shows that more Albanians are being processed than Serbs.

There are 1090 Albanian children recorded as missing or murdered by Serbian forces during the Kosovo war, 185 of them younger than 7 years old. Nobody so far has  been convicted of their murders!

Once again, all criminals must be prosecuted, but why create the impression that someone is not being searched for at all and someone else more than they should be?

Or, a different comparison: In Serbia there are currently Albanians being accused of war crimes against Serbs, on  grounds of their having slapped the victim.

Imagine how many of us during the ‘90s were slapped and punched by Serbian policemen and paramilitaries – without mentioning mistreatments and other damages. And imagine if each one of us would like those Serbs who did this to us to end up being arrested in the courtroom. What would the number be – twenty thousand, forty thousand,  or more?

There are some main reasons why this new experiment is pushed forward by certain circles.

Western diplomatic sources have told me that the advocates and main lobbyists for a Special Court for Kosovo are individuals who have been engaged in The Hague Tribunal, some of whom have lost their jobs, and some who consider  that the KLA did not receive their deserved punishment for the Serbian war victims.

The controversial fund for the operational mandate of this body is around 300 million euro. This courtis mainly expected to address the claims of Dick Marty’s report, but – always according to the same western sources –  none of the “big fish” of the KLA will suffer.

Of course, now these advocates are using the biggest mistakes made by judges and prosecutors in Kosovo and Albanian politicians.

So far, local judges either have  not been allowed to participate in war crimes trials, or even when they have taken part in any war-related crimes trials, have been distanced from the verdict. Either politicians have demanded in Parliament  for the accused to be freed by EULEX for their crimes, or they have threatened  EULEX with eviction when their fellow party members have been arrested. All these actions failed, although they have made the Kosovo judiciary more fragile, and also the stability of Kosovo institutions in general. Critics will always use these as arguments for lack of the capability, commitment and vision to make Kosovo a state where the rule of law prevails.

However, the Special Court cannot help in this situation. If it is thought to be for the good of Kosovo, for lustration, for catharsis, for the rule of law, for justice for the victims, and for the reconciliation of people, why  aim to achieve all this in such a vicious way?

If all segments of the judiciary, both in Kosovo and abroad,  dealing with  war-related crimes have failed,  then we should think about finding a new form to remedy those mistakes that have been made so far by all parties.

I strongly believe that this can only be done by investing in the judiciary of Kosovo and in local judges and prosecutors. Since I am convinced that only when an Albanian judge from Kosovo will work so professionally that he will punish another Albanian for possible war crimes or other huge crimes, will it be a great day for a European Kosovo.

Kosovo Albanian judges have for over 25 years  been prevented from exercising  justice to the needed capacity. During the 90s, most of them were expelled from work, and after the war until now, they have worked with limited powers, while leaving the most sensitive cases to UNMIK and EULEX.

This period will also  psychologically affect the population as well as the Albanian judges, who will not be able to believe that one day  an Albanian prosecutor or a judge could prosecute an Albanian or Kosovo Serb for war-related or other serious crimes. But if this day does not come, no one can make Kosovo a normal state.

For this reason, if one is thinking of the good of Kosovo or the region, there will be a need for an agreement between the locals and the internationals for the establishment of a reliable tribunal which would deal with violations of human rights between  1998 and 2000 in Kosovo, composed of judges from the EU and our country; this should be combined with a regional commission for  recording the human and material losses from the wars in former Yugoslavia.

And if 300 million euros could be invested in the Kosovo courts, I am convinced that success will be many times greater than through the creation of any special court with the old formula – that has already failed.

Author is the senior producer of the Kohavision TV, and a public advocate of the RECOM Initiative