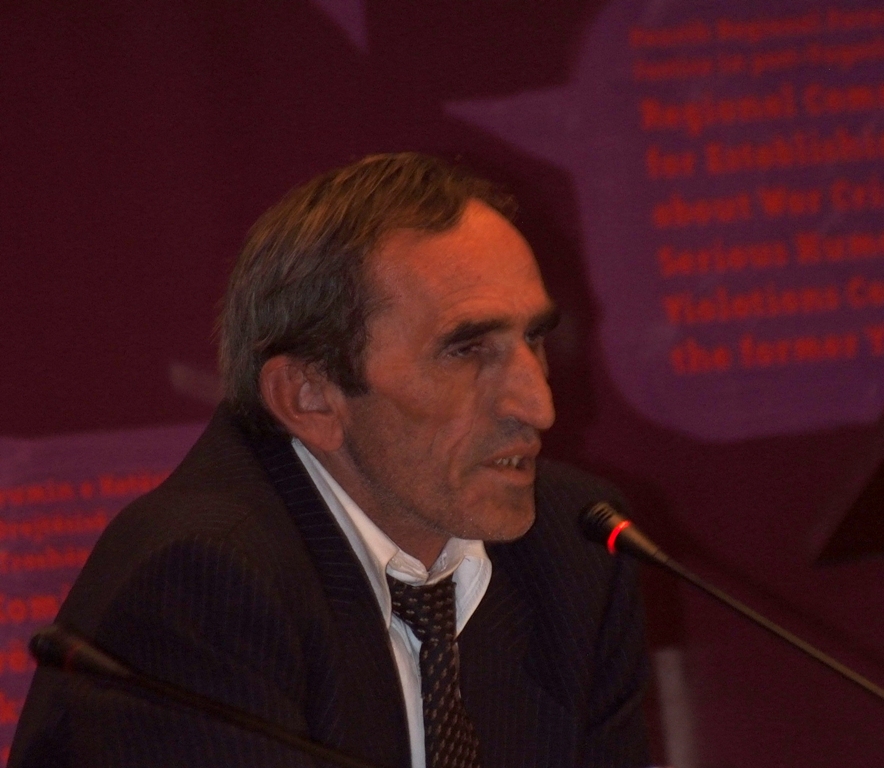 Xhafer Veliu and his thirteen-year old son Shuqeri were detained in the mosque in the village of Cirez / Qirez. 35 children were detained there together with them, aged between 12 and 13 years. Remains of Xhafer’s son were found in a mass grave near Savarin/Shavarini, Kosovo, while he survived the shooting by accident. He testified at the Fourth Regional Forum for Transitional Justice, held in Pristina on October 28-29, 2008.