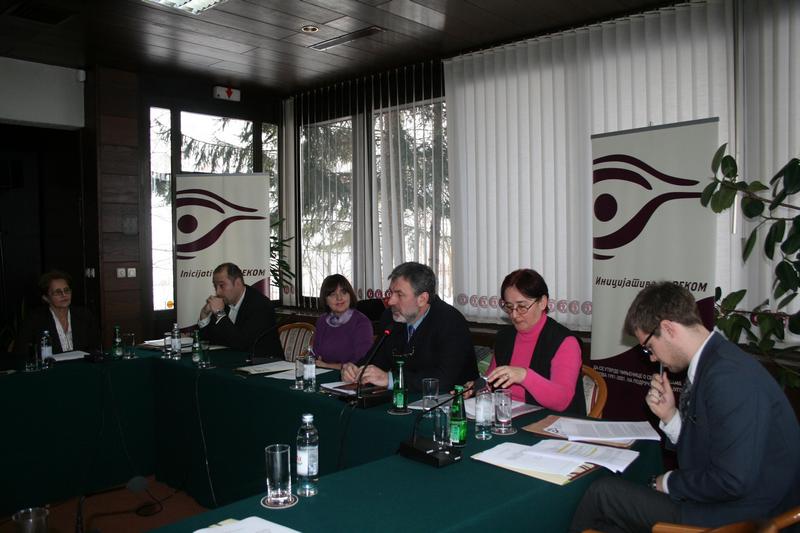 The last national consultation with representatives of the non-governmental sector on the Draft Statute of the Regional Commission Tasked with Establishing the Facts about War Crimes and Other Serious Human Rights Violations Committed on the Territory of the Former Yugoslavia in the period from 1991-2001 (RECOM) was marked by an overwhelming support for the Initiative for RECOM. The Draft Statute, the goals, the assignments, and the competencies of the future Commission were presented to representatives of approximately 30 non-governmental organizations. The participants had an opportunity to give their opinion on all Articles of the Draft Statute before its final adoption at the Eight Forum on Transitional Justice in March in Sarajevo.

The debate was very specific and interesting. Goran Bubalo, director of the Catholic Relief Services (CRS) Project and member of the Network of Peace said that he was quite satisfied with the discussion and expressed his full support for the Initiative for RECOM.

Radmilo Golijan, president of the League for the Protection of Private Property and Human Rights from Trebinje, said that the Statute was professionally written but that it would take a long lobbying process before it was adopted by politicians.

“Non-governmental organizations gave their opinion about the Draft Statute and the discussion was very positive, emphasizing the success of the Initiative for RECOM. The lecturers explained to the participants of the Consultation very thoroughly the most important Articles of the Statute. It is clear that the lobbying for the Statute is about to begin”, said Golijan.

Amir Kulaglić, member of the Coordination Council of the Coalition for RECOM, stressed that it was necessary to continue exerting pressure on the politicians to form RECOM. “Representatives of some associations that have for a long time opposed the Initiative for RECOM were with us today and they demonstrated a positive attitude towards the Initiative, which is very important. If it were up to the civil society, the Commission would have been formed very quickly. However, the Commission is to be formed by Parliaments and for that reason we will have to engage in an organized approach in order to exert pressure on the politicians to accept the Statute and form RECOM”, said Kulaglić.

The consultations on the Draft RECOM Statute began in May 2010. The RECOM Statute and one million signatures in support of the Initiative for RECOM will be submitted on June 1, 2011 to the Parliaments of the post-Yugoslav states requesting the creation of the Regional Commission Tasked with Establishing the Facts about War Crimes and Other Serious Human Rights Violations Committed on the Territory of the Former Yugoslavia in the period from 1991-2001 (RECOM).