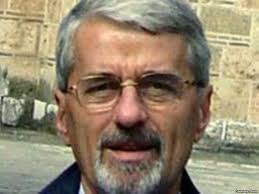 It established that, for the vast majority of B&H citizens, the recent war-ridden past still represents an intrinsic part of the present. This burden of the past is most often a byproduct of inaccurate and incomplete knowledge of the past tragic events, as the majority of those interviewed believed that the facts about the 1992 – 1995 war had, for the most part, never been established. They were also burdened by different, mostly opposing interpretations of the same events – “the three truths about the war between three peoples”. It is precisely for this reason that it is hard to imagine or expect the families of the victims and witnesses of wartime events would in general provide an impetus for a “shared day of remembrance” and shared memorials. But, historically speaking, that would be the only legitimate source for any such idea of reconciliation!

Aleksandar Vučić: “I will never give up on the idea of a shared day of remembrance for all the victims of the wars in the former Yugoslavia. I am proud of this initiative, and I believe that the region will reconcile in the end, even if takes several years”. (Kurir, Belgrade, August 11th, 2015)

Suspicions concerning Prime Minister Vučić’s good intentions were at the forefront of virtually every reaction to his statement from abroad. However, it is difficult to question the earnestly stated intentions of any prime minister, as such statements (and those of high officials in general) are to be construed as the state’s official political position. To put it simply, they are there to be interpreted at face value, as documents leaving behind a legacy for the future.

Nevertheless, from the perspective of Bosnia and Herzegovina, it is difficult to accept such an idea, keeping in mind the nature of the war and the fragile vision for reconciliation in this country. From the Bosniaks’ viewpoint, Vučić’s initiative for “a day of remembrance for all the victims of the wars in the former Yugoslavia” does not come across as convincing, as it is tied to a people and a country where the denial of mass crimes in B&H and the Srebrenica genocide have consistently marked the Serbian position on the 1992 – 1995 war. Also, in Republika Srpska, the frequent manifestations of denial of the mass crimes perpetrated against Bosniaks, coupled with statements mocking the victims and attempts to relativize the loss and suffering of their families, as well as the arrogance of local authorities in dealing with the returnees to Prijedor, most certainly would not lead to a dignified observance of such a memorial day. On the other hand, Bosnia’s Serbs would have trouble believing in the Bosniaks’ genuine respect for “all the victims”, at least not until the “Volunteers’ Street” Case is closed – a case which actually was never even opened within the jurisdiction of the prosecutor’s office in Sarajevo. At the same time, it would be impolite even to talk about all the stalling and manipulation surrounding the memorials, or lack thereof, to the victims of multiple crimes at Kazani. Nor would this be the last point raised in the controversy surrounding a “day of reconciliation” in B&H. It is hard even to imagine how the Bosniaks would commemorate such a day together with Bosnia’s Croats, whose entire political leadership publicly celebrates war criminal Darijo Kordić, along with his release from a prison term and return to what in a thriller might be called the “site of the crime” in the Lašvanska Valley , 20 years after the end of the war.

These are just some of the examples which indicate that for such an abstract but, at least in principle, noble idea to come to life, the necessary conditions, set out in the principles and experiences of transitional justice, have yet to be met. This is not to say that the initiative is premature; it simply does not have a solid foundation.

It would be useful to take this opportunity to remind ourselves of one of the findings of a UNDP (UN Development Program) public survey conducted in B&H during 2008. It established that, for the vast majority of B&H citizens, the recent war-ridden past still represents an intrinsic part of the present. This burden of the past is most often a byproduct of inaccurate and incomplete knowledge of the past tragic events, as the majority of those interviewed believed that the facts about the 1992 – 1995 war had, for the most part, never been established. They were also burdened by different, mostly opposing interpretations of the same events – “the three truths about the war between three peoples”. It is precisely for this reason that it is hard to imagine or expect the families of the victims and witnesses of wartime events would in general provide an impetus for a “shared day of remembrance” and shared memorials. But, historically speaking, that would be the only legitimate source for any such idea of reconciliation!

The first attempt at large-scale national reconciliation in Europe was made by General Francisco Franco in the aftermath of the Spanish civil war (1936 – 1939), in which Franco’s “Nationalists” quelled the “Republican” uprising against Fascism. The war left deep divisions and animosities in its wake, but that did not stop the ruling Francoist regime from starting to work on their own version of “reconciliation” as early as the 1940s. As a symbol of this process, a memorial complex and a commemorative Catholic basilica were built in the Valley of the Fallen (Valle de los Caidos), standing as a shared monument and cemetery for all the victims, from both sides of the war. This huge structure was inaugurated not far from Madrid in 1959, only to be seen, from the very outset, as an insult to all the Republican victims, and consequently rejected by their families and the surviving members of the movement. And so it was that this manipulated memorial to “all the fallen” became a central gathering place for Franco’s supporters and the supporters of his politics. It serves this purpose to this day.

It was only logical that a completely different approach to the past in post-Nazi Germany led to German Chancellor Willy Brandt’s legendary gesture in Warsaw in 1970. Having laid a wreath at the foot of the monument to the Warsaw Ghetto Uprising against the Nazi occupation of Poland, Brandt spontaneously fell to his knees in humility and remorse for all the world to see. This iconic image still stands as a metaphor for the process of normalization and reconciliation in Europe, which was ushered in by denazification, the lustration of entire state institutions, a system of war reparations, and the democratization of German society as a whole. But the Western Balkans still await a genuine implementation of these processes.

Going back to the subject of this article, it is clear that neither of these two examples bears a direct resemblance in terms of the state of people’s minds in the countries referred to by Aleksandar Vučić in his speech about shared respect for all the victims. They just show that forced, “undeserving” and non-consensual initiatives for reconciliation have no future, and that, as such, they could very well imply an intention to relativize all the suffering, loss and war crimes in general. And, by default, they hurt the feelings of the ethnic or religious group that has suffered the most.

As is relevant to this particular issue,  Serbia has shown too little understanding of the sacrifice born by the Bosniak people; like Republika Srspska, which has refrained from any and all gestures of empathy towards them, avoided all initiatives to restore at least a semblance of dignity to the survivors, and failed to  express any commiseration or remorse. It was because of all this that Nebojša Radmanović, a two-term member of the B&H Presidency, became the subject of public ridicule, since all his speeches would begin with the words: “Well, yes, the war did occur, but let’s just draw a line and look to the future…” – as if he were speaking about an earthquake or a flood.

Vučić, on the other hand, has demonstrated a determination to raise the crucial question of coexistence and stability in the Balkans: How to prepare and encourage the future generations to break the chain of inter-generational transfer of violence, hatred, anger, revenge and guilt?

He chose the idea for a shared day of remembrance (not to forget “respect”) of all the victims, to test the public’s pulse and guage its initial reaction. The idea itself does sound acceptable; but such an initiative has to be built on a solid foundation, in order to be accepted with trust and the desire for its actual implementation – that is, for it not to be turned into just another empty phrase about reconciliation “the Balkans way”. But for the time being, there is ample reason to view this project, as envisaged by the Serbian Prime Minister, with distrust and disbelief. Apart from the whole series of pre-requisites I mentioned earlier, one first needs to explain the absurdity of the fact that his initiative, aimed at “all the victims”, comes from Serbia – which didn’t see a single shot fired during the 1992 – 1995 war. Finally, Vučić definitely needs no allies among the likes of Mladen Ivanić (B&H Presidency member), who rushed in with fiery proclamations that “the Prime Minister’s idea… demonstrates fully the superiority of the Serbs as a people, and the anarchic thinking of politicians from other ethnic groups” (Večernje novosti, Belgrade; Nezavisne novine, Banja Luka – August 14th, 2015). Such an openly racist compliment to Vučić and his initiative will most certainly not help him gain any credibility in the region.

The author is a professor Dr. of Public International Law and visiting professor of King’s College London