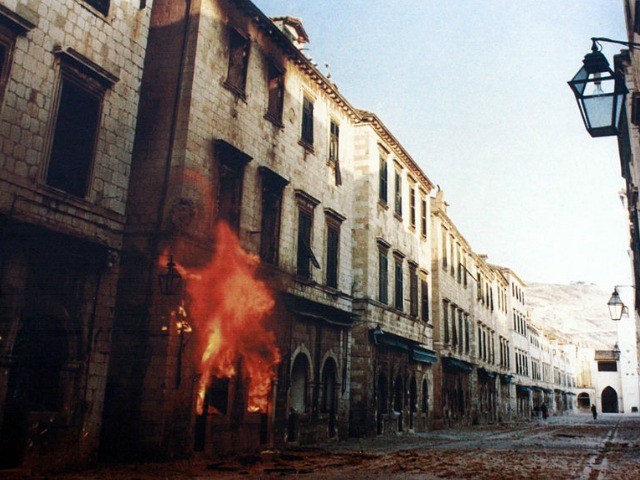 Marking the 25th anniversary of the Yugoslav People’s Army attack on the Croatian port town of Dubrovnik, rights groups urged the authorities to prosecute Montenegrins who participated in it.

Three NGOs told the state prosecution in Podgorica on Monday that the prosecution of those responsible for the crimes committed during the attack on the ancient Croatian port town of Dubrovnik on December 6, 1991 was long overdue.

Watchdogs Human Rights Action, the Centre for Civic Education and the Zagreb-based Documenta – Centre for Dealing with the Past noted that there has never been a conviction in Montenegro relating to the shelling of Dubrovnik by the Yugoslav People’s Army, JNA, during which 19 people were killed and 60 were injured.

They urged the prosecution to put more effort into investigating war crimes committed by Montenegrin citizens fighting as JNA soldiers on Croatian territory in 1991.

The NGOs also called on the prosecution to re-examine the existing archived evidence.

In 2012, criminal charges were filed against unnamed JNA reservists from Montenegro who were suspected of killing civilians in the village of Zekovica, close to Dubrovnik airport, but so far no case directly linked to the shelling has been opened.

“Punishment for crimes ensures that the past is honestly confronted, and as such it can prevent new crimes being committed again. Also, we call on the public broadcaster RTCG to open a dialogue within its programming about this very important part of Montenegrin history and the consequences of the inadequate prosecution of crimes,” the NGOs said in a joint statement.

The attack on Dubrovnik, which close to Montenegro’s border, and on the Konavle region that surrounds it, began on October 1, 1991.

The JNA, including a large number of Montenegrin soldiers and reservists, besieged the town for nine months.

Dubrovnik’s old town, which is a UNESCO world heritage site, suffered considerable damage during the shelling.

In 2008, Pavle Strugar, who commanded JNA forces during the attack on Dubrovnik, was sentenced to seven and half years in prison by the Hague Tribunal.

He was granted early release in 2009, having served two-thirds of his sentence.

In 2000, Milo Djukanovic, then prime minister of Montenegro, formally apologised to Croatia for the suffering and losses that Montenegrin soldiers had inflicted, especially in the Dubrovnik area.