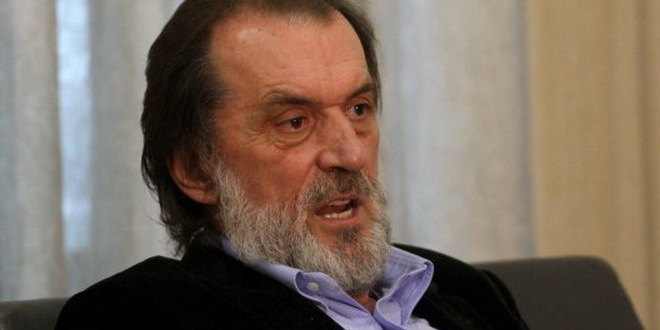 Belgrade – I know what is going to happen in the future, but I do not know what will happen in the past.  It will be, in all likelihood, as if we had never lived it, so we couldn’t have seen it, and we cannot remember it, not even the recent past of the ‘nineties.  In the glimpses of our trumpeted new past,  where the most horrifying crimes took place, where hundreds of thousands were killed and maimed and millions displaced and expelled, on its bloody stage the Serbs can only be victims and martyrs.

In this new past of ours, another Jasenovac awaits.  And a new Hague Tribunal, as our Christian Patriarch saw prophetically when he peered into this past we are now creating.  No Serb convicted there is to blame for any sin or evil act.  They were all convicted just because they were Serbs!

In the new past, the Serbs will have attacked no one in Croatia, nor in Bosnia or Kosovo.  They will not be the first to draw blood, to kill or expel, nor will the Serbian academics, bishops, writers and media ever spread hatred and madness.  The Serbs will forever be the ones being attacked, forever just defending themselves from the Ustase, the Mujahedeen, the Balije, the EU and the US.

The real and horrifying past that happened to us will have to disappear – the tanks adorned with flowers leaving for Croatia, the concentration camps in B&H, the four-year shelling of Sarajevo, the Srebrenica genocide, the expulsion of hundreds of thousands of Kosovo Albanians, the secret mass graves of Albanian civilians at police training compounds near Belgrade and in Serbia’s rivers and lakes, the Red Berets, the Scorpions, the Tigers, the Serbs who were eliminated for denouncing the crimes and the criminals…

Those who remember what happened and how it happened are being subjected to a collective lobotomy.  But the Serbs are not Germans, to be ashamed of evil acts against others or themselves.  It is always those others who should feel shame, as theirs are the only hands with blood on them.  The foundation of our new past will be built on lies and self-deception.  Nothing will be as it really was.  It will be as we want it to be, so that our faces will not look so marred in the mirror.

Bill Clinton will be to blame for Srebrenica, the Muslims for shelling themselves in Sarajevo, the flight of Albanians from Kosovo will have been staged by the Americans, and The Hague will become just an extension of the crimes being perpetrated against the best and brightest of the Serbs – all of them innocent, of course.

There will not be, and there cannot be, any blame for the actions of the Regime, the Secret Service and Milošević’s apparatus of death and hatred, as he has long been vindicated by the public, or any guilt on the part of those most culpable, the riders of the apocalypse of the ‘nineties.  In our new and patriotic past, they will have monuments erected in their memory, and some will even be hailed as saints.