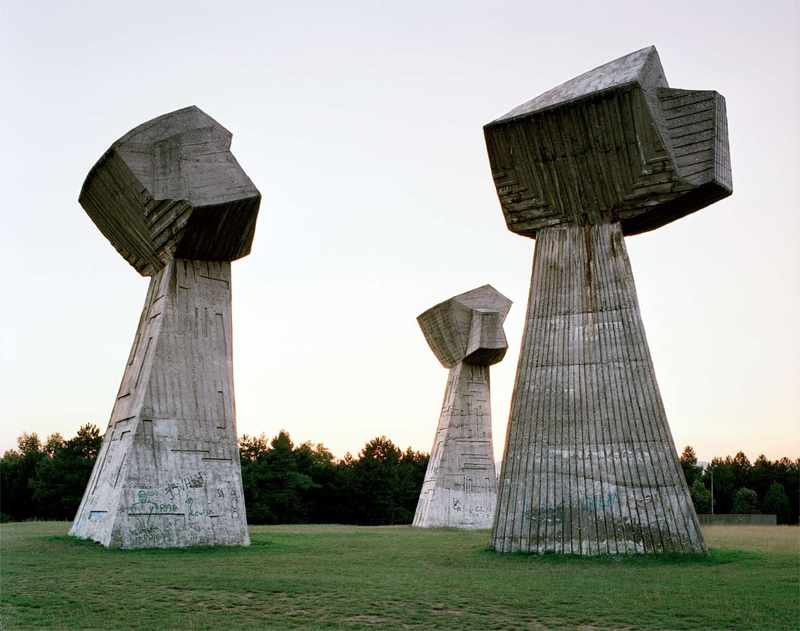 I enrolled at the History Department of the University of Belgrade Faculty of Philosophy  in 1989. I clearly remember the long queue of us candidates, waiting to submit documents for the entrance examination. I also remember one professor saying: “So many candidates….a national awakening!” Back in 1989, and throughout the last decade of the 20th century, the territory of the former Yugoslavia experienced an “invasion of history”. The number of those “knowledgeable about truth – about history” swelled enormously, just like the hyper-inflation of the day.  Just about everyone laid claim to the historical truth, which was, what is more, often imposed by force. But what is the truth?  How to convey historical knowledge about the breakup of the former Yugoslavia and the wars fought on the territory of the republics of the former Yugoslavia and their consequences to 14- or 15-year olds?!  Let me share with you my classroom experience regarding these topics. The information and conclusions presented are based on my discussions with pupils and the surveys conducted.

Specifically, the topics relating to the disintegration of Yugoslavia are part of the history curriculum for the eighth grade of primary school. The breakup of Yugoslavia is covered under  the topic Yugoslavia After World War II, as a teaching unit entitled Social Crisis and the Failure of Yugoslavia (the failure of Yugoslavia as an idea, political project and social system; the break-up and dissolution of Yugoslavia  – the wars in Slovenia, Croatia, and Bosnia and Herzegovina; the great powers and the Yugoslav crisis – internationalization of the conflicts; the emergence of new states; the demographic, economic and cultural consequences of the break-up of the Yugoslav state; the conflicts in Kosovo and Metohija and the 1999 Nato intervention; the Kosovo issue; the separation of Serbia and Montenegro; key actors – Slobodan Milošević, Franjo Tuđman, Alija Izetbegović, Zoran Đinđić…). This teaching unit is taught in compliance with the educational standards for the completion of compulsory education and for the levels of knowledge defined in the standards (basic, intermediate and advanced). It should be noted that the topic can also be dealt with as part of various thematic units contained in the elective course Everyday life in the past.

Teachers have the freedom to define the schedule and pace of activities for each topic, observing the aims and objectives of this academic subject. Further,  teachers are allowed to use a diversity of relevant sources which can help pupils to form a clear idea of given historical events, processes and personalities. Thanks to the Internet, many sources of information have become readily available in the last few years.

In addition to teaching them about historical dates, events and figures, we should strive to teach them to be critical thinkers. History as an academic subject is very suitable for encouraging the development of critical thinking skills in pupils – that is, the ability to sift facts from assumptions, distinguish between evidence and its interpretation, and separate the relevant from the irrelevant. The teacher must advise pupils which materials to consult for learning or research. Why? Because primary and even secondary school pupils do not have enough knowledge to critically assess  information from the Internet and the other sources they use. History teachers often hear things like, “But I read that on the Internet,” or “I saw it on TV”.  Teachers should not and must not rely on textbooks alone. Other appropriate written and visual materials should be used too, but they should be selected with caution, especially for pupils of this age. By no means should pupils be exposed to images and films that might inspire horror and confusion in them. Such materials are degrading also for the victims themselves.

History is written by the historians, not by the victors! Therefore, history teachers should treat the topics discussed in this text, and all other topics, as historians i.e. sine ira et studio. However, the situation on the ground is terrifying. Often, the same event is  portrayed as occupation by some and liberation by others. War crimes committed by members of other nations are played up, while “own” war crimes are for the most part not mentioned. Nevertheless, we cannot accurately say that 14- or 15 year-old children know nothing about these events. They do know something, but what?

When I ask primary school pupils what, in their opinion, a war crime is, most of them say that it is the killing of innocent people, and that we should respect and communicate with people regardless of their religion. It is important to note than many pupils believe that war crimes were caused by religious differences. When asked whether they believe that war crimes were committed only by one side to the conflict, the pupils immediately say “no”. Let me quote a pupil of mine who gave the following written answer to this question: War crimes are committed by both sides by killing innocent people who, because of some crazy politician and his caprices, find themselves in a situation to get killed. Over the last couple of years I have also received answers like this one: A war crime can be committed by anyone, if he is ready to face the consequences. More and more pupils are answering that It is an individual who is responsible for a war crime, not a nation.

When we want to encourage curiosity, creativity and enquiry in our pupils, we need something more than mere textbooks. The selection of an appropriate methodological approach therefore becomes very important. There is no one correct approach to teaching and learning that fits all the participants in the education process. Questions have a special place in the teaching of history  – both the questions teachers ask pupils and the questions asked by pupils spurred on by what they have heard in the classroom or discovered outside the classroom by using a variety of sources of information.  My methodological approach attempts to formulate precise questions that will encourage pupils to reflect and search for answers. At the very beginning of a class (and especially a workshop) I always define a goal: What do I know? What do I wish to learn? At the end of the session, the question I want them to answer is: What have I learned? –  not only to assess what they have learned, but also to become aware of  their convictions, beliefs, prejudices, opinions. Here are some answers pupils gave when asked if they knew what the International Hague Tribunal for the former Yugoslavia does:

– Yes! It is an illegal court founded only to try Serbs for crimes committed in BiH, but not Croats and Albanians who also committed all sorts of crimes;

– Yes! It’s a court that investigates crimes committed by some individuals.

I encourage them to reflect on the role and responsibility of an individual, on the use and misuse of authority and power, on human rights violations, and on whether an historical event or process could have been avoided.

In the latest survey I conducted, I asked them, Are you sorry that Yugoslavia broke up?  One pupil said he was not sorry “because every people should have its own state“. Another pupil said he was not sorry, but gave no explanation as to why he felt that way. Another wrote that they were sorry. One of the explanations given was: “I am sorry that it broke up, because the SFR Yugoslavia was a big and strong country“. The same pupil added that he would like to know “why its peoples no longer wanted to live in brotherhood and unity“. He also said that “Serbs, Croats and Slovenes are to blame, but also some politicians and the international community“.

The state authorities have made it clear: these topics are part of the curricula and should be taught. We need to deal with this period of our past. It is up to us history teachers  to choose a way in which to teach these topics. What we certainly lack are additional teaching/learning materials, but also additional training for history teachers. We live in an age where information is easily accessible, as a result of which teachers no longer play a crucial role as “bearers of knowledge”. Their role now focuses on motivating pupils and engaging them in critical thinking. Come autumn, the Center for Democracy and Reconciliation in Southeast Europe (CDRSEE) will offer to history teachers in the region a history reader which presents the “Yugoslav Wars” from the perspectives of all the countries that participated in them. The reader will cover the period 1944-2008, until the Kosovo declaration of independence. It is designed as an auxiliary teaching/learning material for history teachers and pupils. History teachers will receive a training on how to use the reader. I will be among them.

The author is a history teacher at the “Momčilo Živojinović” Primary School in Mladenovac. She has 20 years of experience in education, especially popularization of history and improving history teaching.  She  hosts, a blog about history teaching, Eduhistory