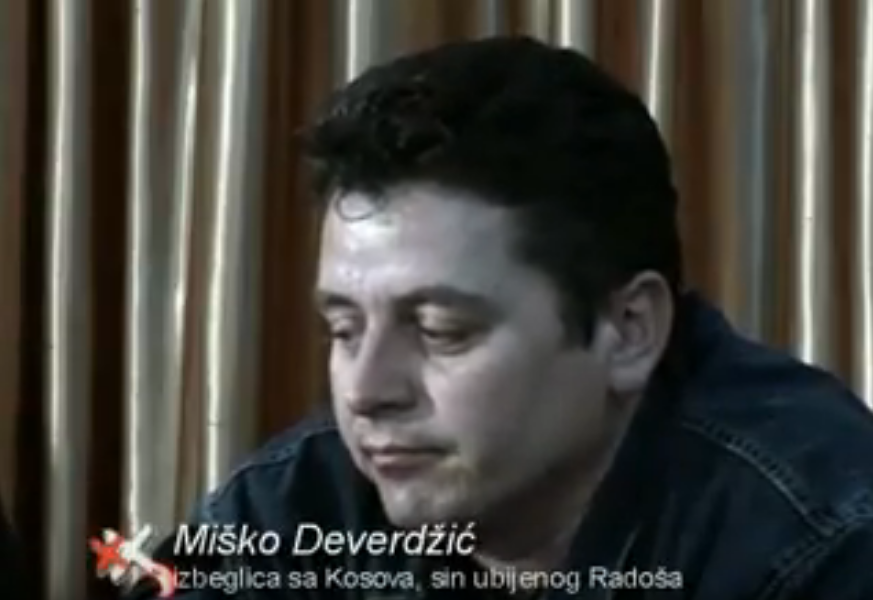 Misko Deverdzic is originally from the village of Istok/Istog in Kosovo. Today he is a displaced person. He and his father Rados were arrested by the KLA at Vrelo/Vrellë. He never saw his father, and is till looking for his remains.