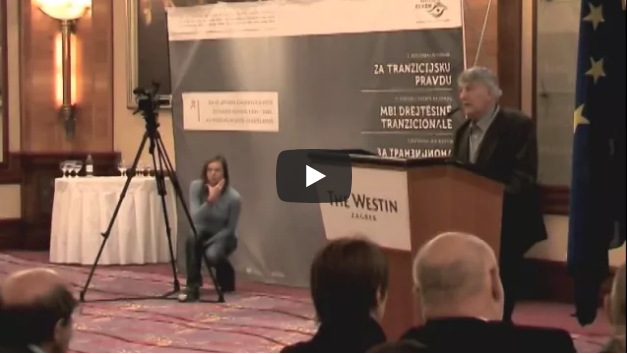 Jovan Beric’s family was persecuted in Zadar and in Varivode near Kistanj, both during the existence of the Republic of Srpska Krajina (RSK), and after the military operation Storm. In both places, his family houses—families of mixed ethnicity—were burned. In late September 1995, in Varivode, an armed group of people killed Beric’s father, mother, uncle and six neighbors. Jovan Beric testified about the plight of his family at the Seventh Regional Forum for Transitional Justice, at the session on “Public Testimony of Victims and Witnesses of War Crimes and Other Crimes in Connection with the War,” held on October 16, 2010 in Zagreb, Croatia.