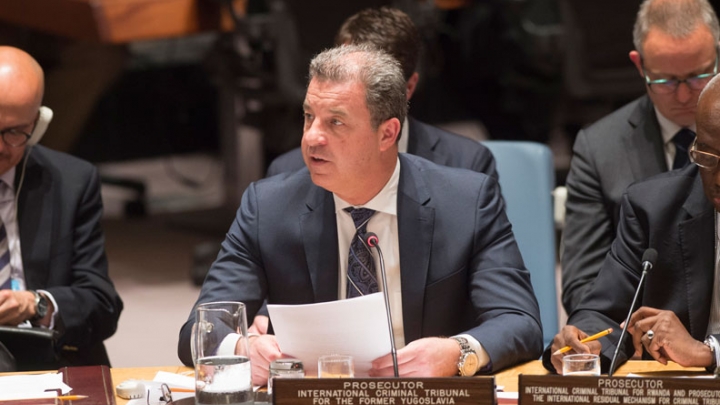 Brammertz warned that the public discourse in countries of the region is dominated by the glorification of war criminals and the denial of war crimes.

“Unfortunately, the situation is bad, and has been regressing for several years now with regard to prosecution of war criminals and regional cooperation,” Brammertz told an international conference titled Justice After the Hague.

“Every time I come to the region I am shocked by the difference between the approach taken by officials who are not willing to show an interest in condemning war crimes, and the desperate situation of victims,” Brammertz said at the conference, organised by the Serb National Council, the Serb Minority Council of Zagreb, the Documenta Centre for Dealing with the Past, and the SENSE Centre for Transitional Justice. Brammertz, the former chief prosecutor of the ICTY, was participating as part of preparations for his bi-annual report to the UN Security Council.

“I will have to mention in my report, just as I have in my previous reports, that it is an unfortunate fact that work on justice and reconciliation in the region is going in the wrong direction,” he said.

“With the exception of Bosnia and Herzegovina, the number of war crimes trials has been decreasing every year, and the public sphere is dominated by the glorification of war criminals and denial of war crimes,” Brammertz said.

“Several years ago, it would have been inconceivable to me if the government or ministers had talked of war criminals in the way they do today, treating them as heroes. We have been witnessing that in the region in the last two years, and Croatia is no exception,” he added.

Brammertz said that after the closure of the ICTY and the arrests of the last remaining fugitives, there has been notably less energy for prosecuting war crimes, and that state attorneys are in a much more difficult situation now because ICTY lawyers had stronger international support. He said that international support is still necessary because state authorities do not have enough resources and staff.

“If politicians glorify war criminals, how can you expect state attorneys to work?” he asked.

During his visit, Brammertz is due to meet with Croatia’s Justice Minister Drazen Bosnjakovic and Chief State Attorney Drazen Jelenic.