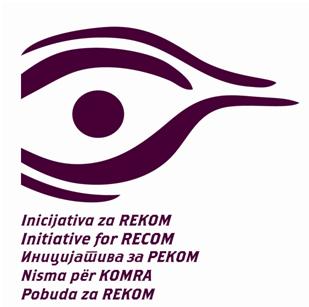 Participants of the Berlin Process Ministerial Meeting held in Warsaw underlined their commitment to reconciliation and welcomed a briefing by the European Commission on way ahead with regard to RECOM (Regional Commission Tasked with Establishing the Facts about All Victims of War Crimes and Other Serious Human Rights Violations Committed on the Territory of the Former Yugoslavia from 1 January 1991 to 31 December 2001).

During the meeting in Warsaw, Director-General for Neighbourhood and Enlargement Negotiations at the European Commission Christian Danielsson underlined that over the last ten years, there been a significant amount of discussion about an approach to dealing with the past with the active involvement of governments and civil society through victim associations, such as the Initiative for RECOM.

“We stand ready to support such actions – actions that come from the region and for the region. We have asked an ex-Director General of the Commission Pierre Mirel to reach out to you to see how you can best build consensus on a way forward”, he said.

Danielsson concluded that the EU agenda is “an agenda for peace and for building a common future”, noting that good neighbourly relations cannot be imposed from the outside, as they require a political commitment from leaders and ownership from the concerned countries.

Participants unanimously reaffirmed their unequivocal support for the European perspective of the Western Balkans and noted the role of the February 2018 Commission’s strategy and the flagship initiative “Supporting reconciliation and good neighbourly relations” in finding and implementing definitive, inclusive and binding solutions for bilateral disputes in the Western Balkans rooted in the legacy of the past.

They underlined their commitment to reconciliation and welcomed a briefing by the Commission on way ahead with regard to RECOM. Participants agreed that the region needs to renew its commitment to building a strong historical record resilient to revisionism. They discussed a possible approach to dealing with the past by the governments with the involvement of civil society and victim associations through the Initiative for RECOM and have agreed to continue exploring this option.

The meeting in Warsaw was held in preparation for a summit on EU enlargement scheduled in Poland in July.

The Berlin Process, initiated by Germany, is a platform for bringing closer to the EU the aspiring states: Albania, Bosnia-Herzegovina, Montenegro, Kosovo, North Macedonia and Serbia.