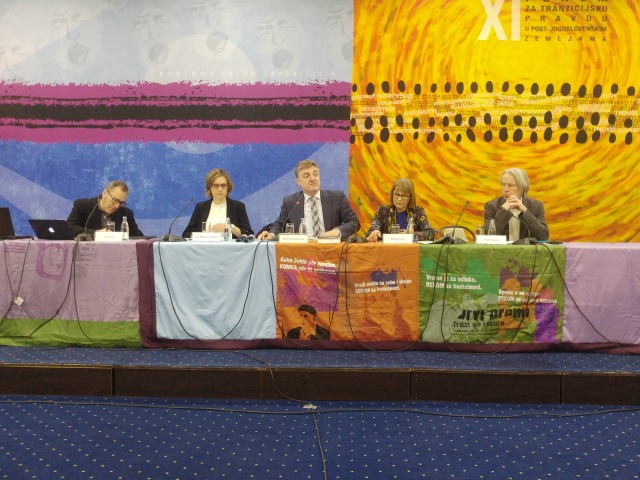 A coalition campaigning for the establishment of the RECOM regional fact-finding commission on the 1990s wars said ex-Yugoslav states could sign an agreement committing their support in July.

The Coalition for RECOM announced on Monday that five Western Balkan states – Bosnia and Herzegovina, Kosovo, Macedonia, Montenegro and Serbia – are likely to sign an agreement to establish the new regional commission in London in July.

The commission is intended to determine the facts about war crimes and human rights violations in the former Yugoslavia from 1991 to 2001.

Ana Marjanovic Rudan of the Coalition for RECOM told a Forum for Transitional Justice event in Sarajevo that establishing the commission is important because “fact-finding is a prerequisite for preventing manipulation” of the 1990s conflicts for political purposes.

The expected signing of the agreement forms part of the Berlin Process, the German-initiated diplomatic project aimed at helping Western Balkan states to join the EU.

“The idea is that at the next meeting in London in the coming July, state signatories commit themselves to form a regional fact-finding coalition,” said Marjanovic Rudan.

The presidents of Kosovo, Macedonia, Montenegro and Serbia “have already named their personal envoys for drafting this agreement between the states”, she added – a move which would accomplish the Coalition’s objective of lifting the initiative from civil society to the institutional, state level.

The Bosniak member of Bosnia and Herzegovina’s ethnically-composed tripartite presidency has also named his envoy, but the Croat and Serb members of the presidency have not done so yet. It is also not yet clear whether Croatia and Slovenia will join the RECOM initiative.

Although the Berlin Process is mostly focused on economic cooperation, it tackles political and issues which arose from the Yugoslav conflicts.

At the last Berlin Process meeting of political leaders from the region in Trieste in July 2017, RECOM was explicitly mentioned as an important mechanism for regional reconciliation.

David Hudson, a senior expert at the European Commission’s Directorate-General for Neighbourhood and Enlargement Negotiations, told a panel discussion at the Forum for Transitional Justice that reconciliation was an “index of political maturity”.

“Can we ensure that we get along with each other? Are you grown-ups, do you behave as grown-ups?” Hudson said, directing his question to political leaders in the region.

He added that the European Commission would not ask for reconciliation on a personal level, but more on a political and institutional level.

RECOM would put together a name-by-name list of all the people killed, missing, imprisoned and tortured people in all the conflicts in the former Yugoslavia.

NOTE: BIRN reporter Sven Milekic contributed an article entitled ‘RECOM as a Precondition for Effective Youth Cooperation Leading to Reconciliation’ to a policy brief published by the Coalition for RECOM, ‘Reconciliation through the Berlin Process: The Role of RECOM’.